Christine Dubois, from Vernon, wrote a children's book that is topping Amazon's charts 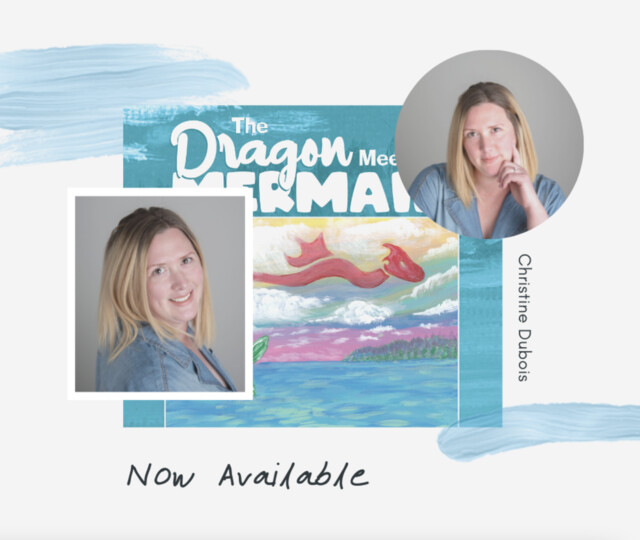 A Vernon resident has made her way to the top of Amazon’s charts with the release of her children's book.

Nursing student, Christine Dubois, is the mother of a five-year old boy and the wife of a veteran, who is now disabled, after he injured his back in the Navy.

Being a nursing student requires Dubois to travel frequently for practicums, which is part of her hands-on training, that Dubois says are not paid.

With this frequent travel and time-consuming studying, Dubois needed an extra source of income for her and her family.

“I had three weeks off of work and everything was closed so I thought I'd spend some time with my son making pictures,” said Dubois. “And I just thought, I should just make this into a book.”

Dubois’ sons’ interest for dragons and her admiration for mermaids sparked an idea to create a children's book titled, ‘The Dragon Meets a Mermaid.’

The story is about a dragon, who is mistreated by the villagers because of his scary-dragon-like appearance and meets a mermaid, whom he becomes best friends with.

According to Dubois the story teaches children to, “surround yourself with positive people and not waste time with people who don’t want you around.”

Since its release, about two weeks ago, the children's book has reached number one in Hot New Releases on Amazon.

This won’t be Dubois’ last book, she plans to continue writing, all the while studying nursing.

“I started working on another one - I work on my homework in the daytime and in the evening when my son is in bed or playing games, I try to be productive,” said Dubois.