Graffiti removal at Vernon museum strips roof, leaving it looking not much better 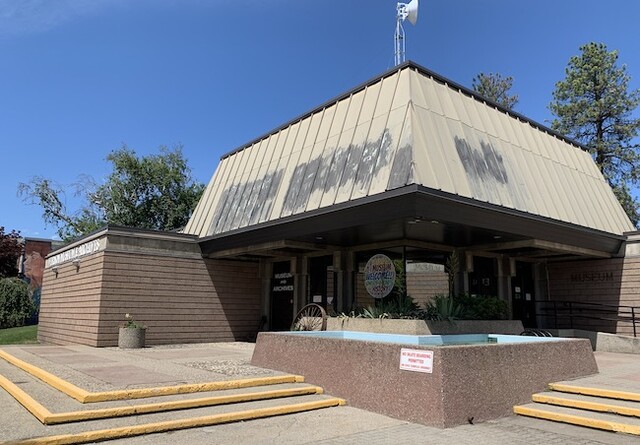 The graffiti is gone – but Vernon's museum doesn't look a whole lot better.

Taggers struck the museum earlier this month, spray painting the roof of the structure, and crews were brought in two days later to remove it.

But, the process removed the paint underneath the graffiti as well, leaving the Greater Vernon Museum & Archives still looking a little worse for wear.

"The graffiti removal removed some of the paint on the oxidized metal cladding of the roof, which we anticipated as a potential risk given the age of the metal and the oxidization," says Regional District of North Okanagan spokesperson Ashley Gregerson.

As of Monday, there's currently no time line or cost estimate to refinish the roofing.

"We are currently sourcing competitive proposals for refinishing the metal cladding to restore a consistent finish to the roof at the museum," says Gregerson.

Three sides of the metal siding were tagged under the cover of darkness on June 6.

"We love the building … you feel hurt, a little bit violated when that happens because it changes the look and feel of the museum," museum executive director Steve Fleck said at the time.

The incident was reported to police and is under investigation.