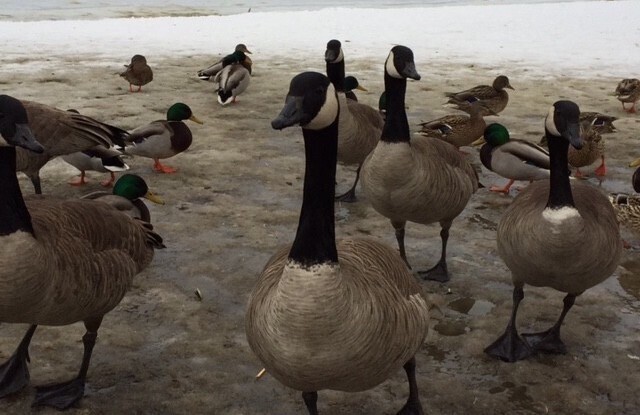 The Animal Alliance of Canada is voicing its opposition to a planned goose cull in Vernon.

The alliance gathered information from a Freedom of Information request to the City of Vernon about the decision-making process leading to approval of the cull.

Plans for the cull of 100 to 150 Canada geese are currently before the provincial and federal governments, awaiting approval. If approved, the cull could begin later this year.

The Animal Alliance says the FOI material provides little explanation for how the motion to cull the geese passed in January, after being defeated in February 2020 following two in-camera meetings.

The city has plans to kill at least 100 Canada Geese at a cost of up to $40,000 following years of growth in the resident goose population and complaints that they foul parks and beaches.

Material released under the FOI request outlines reports from city staff and other agencies, including Animal Alliance’s own guidelines, but the Alliance says, no serious consideration is given to habitat modification or the lives of the geese.

"There is acknowledgement in the Okanagan Valley Goose Management Program’s own report of geese conflict being valleywide, a warning sign that other geese will take the place of those killed in a cull," the alliance said in a press release.

This is "par for the course" with municipal handling of geese, deer, and other urban wildlife, said the organization's Jordan Reichert.

"Culling will just create a vacuum for more geese to take their place, and they will end up in an annual cycle of complaints and more killing. The city has an opportunity to show other municipalities in B.C. how to cohabitate with geese. With a bit of effort, Vernon residents can enjoy long-term benefits and council won't have to get their hands bloodied. We are prepared to help."

The alliance also expressed concern over "inhumane" methods used in killing birds in other communities.

"It is gut-wrenching to think that these iconic birds will be rounded up with their families when they are most vulnerable and killed in front of each other for hours," said Reichert.

Castanet has reached out to the city for comment.