Selin back in radio game 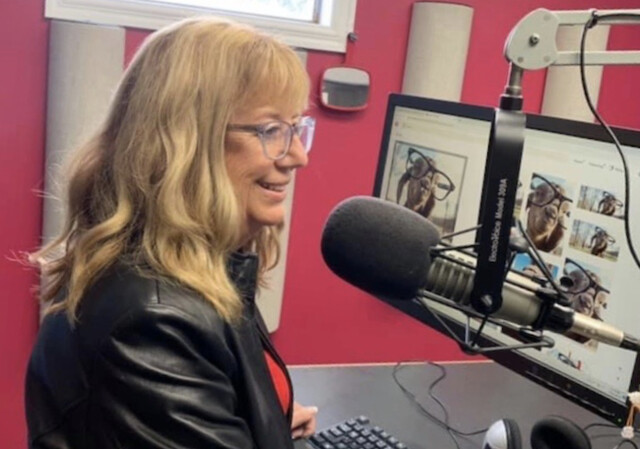 Betty Selin is back in the radio game.

The Vernon Community Radio Society (VCRS) has announced the longtime Vernon radio personality will be joining the team as honourary chairperson of the society’s fundraising committee.

Last week, the VCRS announced Frank Martina had joined Valley FM and will be hosting a Saturday oldies show.

“We are so proud to have Betty come on board to help us with this fundraising campaign,” said Gord Leighton, VCRS president.

“We couldn’t ask for a better representative to help us introduce the benefits of this Radio Station to the Greater Vernon Community.”

Selin is well known in Greater Vernon for her broadcasting career and community service, which began in the late '70s and continued until she left Bell Media in November 2020.

“I was thrilled to be asked to help bring community radio to the North Okanagan,” said Selin. “I’m fortunate to have had an incredible career doing what I loved. Radio allows a connection with community like no other medium. Valley FM will give residents a voice and I encourage you to contribute to this exciting opportunity for our region.”

Selin is an award-winning journalist, with multiple awards from the Radio-Television News Directors Association of Canada and is only the third woman to receive a lifetime achievement award from the Association of Electronic Journalists.

She also received the Best News Cast in a Small Market in 2008.

Recipients of which are nominated by industry peers to recognize accomplishments in the profession of electronic journalism. During her tenure as Regional News Director for Astral Radio's 23 BC Interior licenses, Selin and her team received more than two-dozen provincial and national news awards.

Selin has enjoyed local recognition for her leadership and was named Woman of the Year by Vernon Women in business in 2005.

In 2013, she was the first woman outside of Ontario to be awarded the Rosalie Award honouring Canadian women in broadcasting who have blazed new trails.

The Vernon Community Radio Society is embarking on a fundraising campaign, with a target of $200,000 to launch a new community-based FM radio station to serve Greater Vernon.

The society, which is incorporated as a not-for profit society, received a seven-year license for the new community station from the CRTC last September.

Donations and contributions can currently be made to 97.9 Valley FM by contacting VCRS at [email protected].