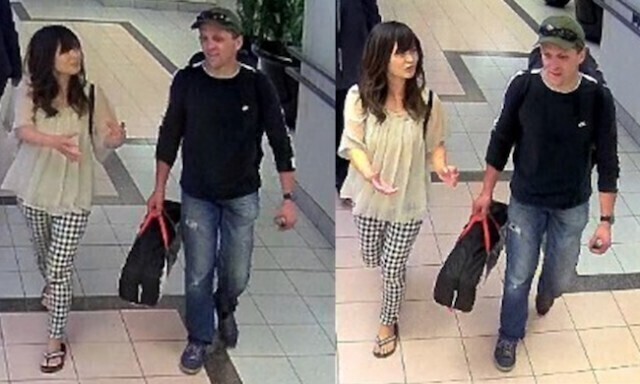 The Parole Board of Canada has ordered a detention review for a former Vernon man convicted in the death of a Japanese exchange student.

That review could result in the statutory release of William Victor Schneider, who was recently granted a retrial in the 2016 murder of Natsumi Kogawa in Vancouver.

Meanwhile, Schneider remains in custody after pleading guilty to indignity to a human body in relation to Kogawa's death. Schneider is currently serving three and half years in jail on that conviction, and reached his eligibility for statutory release on March 2.

In a decision rendered Feb. 26, the parole board noted the 53 year old has a criminal history dating back to a young age, with 40 convictions as an adult, including violent offences such as robbery, assaulting a peace officer, assault causing bodily harm, and others.

The parole board report stated Schneider is "assessed as requiring a high level of improvement in the risk factor domains of substance abuse, attitude, marital/family and personal/emotional orientation."

He has been referred to correctional programming, but has not yet participated.

"You are an untreated violent and sexual offender. You are not engaged in your correctional plan and are assessed as having low motivation," the report states.

"Your institutional history reflects negative behaviour including an inability to manage your anger and aggression. You were involved in fights with inmates, were verbally abusive to staff and demonstrated angry and intimidating behaviours. You were most recently involved in violent incidences in July and December 2019. Correctional Service of Canada says your violent behaviour demonstrates you have difficulty controlling your violent impulses."

Schneider refused to participate in a psychological risk assessment last month, leading the psychologist to determine that if he remains untreated and unresponsive to programming and supervision, he "would present a high risk of future violence."

A similar report in 2000 referenced a history of violent assaults against women.

At the Feb. 26 hearing, an institutional parole officer spoke of a "concerning risk level," but noted Schneider has behaved better than during prior sentences. It was also noted Schneider is being considered for transfer to a medium-security prison.

An assistant assigned to Schneider argued his case does not meet the criteria for continued detention as he is not serving a Schedule I or Schedule II offence.

The review would imply Schneider is unlikely to be released.

The parole board has the authority to impose special conditions, and an offender can be detained past their statutory release date when the Correctional Service of Canada believes "that the offender is likely, if released, to commit an offence causing the death of or serious harm to another person, a sexual offence involving a child or a serious drug offence before the expiration of the offender’s sentence according to law."