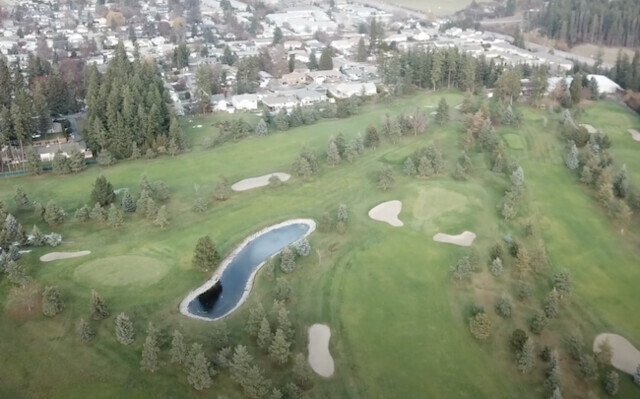 A former North Okanagan politician has come out in support of a planned redevelopment of the Royal York Golf Course in Armstrong.

He's also a member of the golf club.

In an open letter, Stinson says "the York family have been good citizens over 30-plus years in business."

"The York family have kept the golf course running in good times and bad. To hear the news the course can no longer operate as is, is a reflection of the times. Golf courses are struggling across the country."

Stinson says the redevelopment plan to sell and reduce its size to an executive course while developing "much-needed" residential homes is a "viable plan."

He says the plan "ensures that golfers will have a quality executive course and that the non-golfing community will have green spaces and dog trails. And, most importantly, families will have homes to live and stay in the community that they grew up in."

Stinson says the Green Space Society is "sow(ing) the seeds of fear" by citing flooding of a few years ago, noting that drainage issues have been taken into account and the project would include new city infrastructure to handle it.

He called the plan a "win-win solution."

Stinson also took exception to the society's claim the project would destroy park land. The property is privately held and is not zoned as a park.

And he called the society's suggestion that the City of Armstrong buy the land "an irresponsible use of taxpayers' money."

"If the Green Space Society wants to buy the land ... the society should get out their wallets and be willing to pay fair market price," he wrote.

"It's been a community access golf course for 30 years, and the community as a whole feels that it should stay that way," society president Lindsay Thachuk said in November.

The revised Royal York plan would include 135 single-family lots on 18.5 acres of the 64-acre property.