Rare cancer tumour has shrunk, but long road ahead for 17-year-old Vernon girl 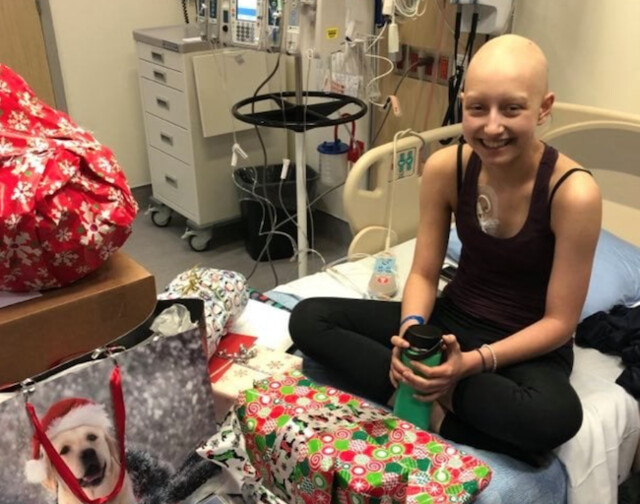 Photo: Facebook
Joyce, 17, was diagnosed with Ewing's sarcoma this past summer. The cancer is affecting the bone and tissues in her left hip.

There is some good news for a Vernon teen battling cancer, but there is also still a long road ahead.

Joyce, 17, was diagnosed with Ewing's sarcoma this past summer. The cancer is affecting the bone and tissues in her left hip.

She is undergoing intense treatments at Vancouver Children's Hospital and that treatment has reduced the size of the tumour to the point it can not be seen on the PET scan.

“We had all expected that the tumour had shrunk quite a bit, from how well Joyce was able to move without pain. But not even the doctors had expected this result. Even though the tumour is no longer visible, this journey is far from over,” said her mom on a Facebook post.

“Joyce will still need 30 rounds/6 weeks of radiation, for which we will be going to Seattle. Also still needed is 11 cycles/22 more weeks of consolidation chemo to mop up all the cancer cells still present.”

Joyce and her mom will be heading to Seattle on Saturday for treatment and hope to return to Vancouver at the end of the February or early March.

The ordeal has put a tremendous financial strain on the family and a GoFundMe has been launched to help with the expense of such a challenge.

Local musician Kevin Bader, who is also a friend of the family, wrote an inspirational song to raise money for the family.

“This song was born after hearing about a friend going through a life challenge. My goal was to make it universal, as a song of "you got this" to anyone going through a tough time,” said Bader. “Little did I know, a few days later it would become kind of a theme song for a close family member.”

The You Are Strong Project is collecting money that will go to the family.