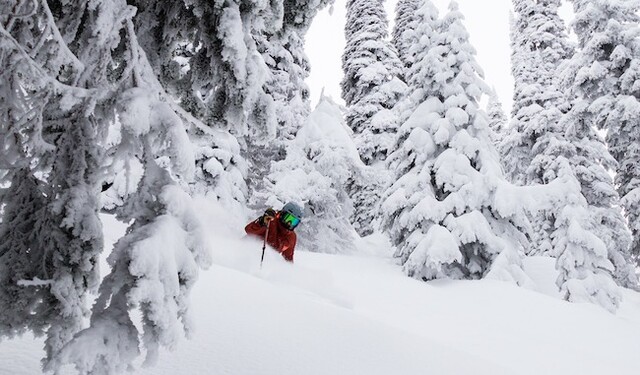 Resorts received up a foot of fresh snow across the region.

Vernon's Silver Star Mountain Resort saw 24 centimetres fall. As of midday Tuesday, conditions were mild, with the thermometer at -8 C and an alpine base of 136 cm.

"Looks like Santa is planning on giving us all an early Christmas present," the resort posted as the snow began falling yesterday.

Big White Ski Resort east of Kelowna saw the most snow in the region, with 33 cm over the past 24 hours.

At Apex Resort near Penticton, it's -6 C.

The resort received 23 cm of fresh snow during the storm, bringing its alpine base to 91 cm.

As of midday, its Quickdraw Quad lift was on standby due to high winds.

At Sun Peaks, near Kamloops, not quite so much snow came down, but the mountain still received 9 cm of fresh powder.

"Powder Alert! ... 33 cm over the last seven days means there are plenty of fresh turns to be found out there," the resort posted on its Facebook page.