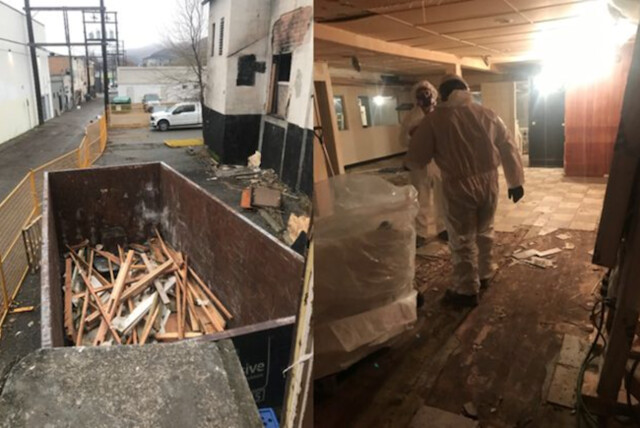 A problem site in downtown Vernon is getting a facelift.

For years, the former Royal Canadian Legion building has been an eyesore and cause of concern, generating complaints of vandalism and open drug use at the building on the corner of 31st Avenue and 33rd Street.

Demolition of the site by owner Welbec Properties has begun.

The former department store site is still mostly empty of tenants, and signs in the windows offer up to a year's free rent.

“Welbec strategically acquired the adjacent site this year to continue revitalizing Vernon’s downtown core. Prior to Welbec's purchase, the unoccupied and boarded-up building had caused hundreds of complaints from local businesses and residents,” Welbec said in a Linkedin post.

The former Legion building has been boarded up for more than a decade, and Industra Construction has been brought in to remediate the site.

The building has been the source of numerous complaints over the years, with the site being a magnet for homeless camps, sex trade workers and drug activity.

Castanet has reached out to the Downtown Vernon Association for comment.