Leaning football uprights to be fixed after improper installation

Leaning uprights to get fixed 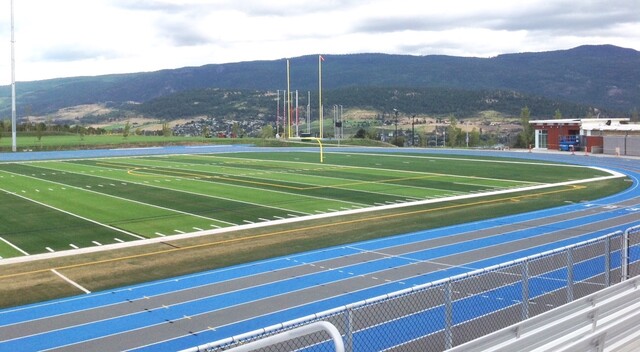 The Greater Vernon Athletics Park is only a few years old, but it is already in need of a second round of repairs.

When the park was built, the contractor improperly installed the football uprights, which the Greater Vernon Advisory Committee had to fix. New posts were installed later on, but the same ineffective method was used yet again.

"The report we got back when they were first installed was the hole was not deep enough, which caused them to lean," says Akbal Mund, GVAC Chair. "When the new ones went in, the same thing happened – they tried shims and whatnot and it wouldn't work, but this time they're going to do it right."

GVAC voted to direct $50,000 of their proposed 2021 budget to replace the posts, which won't be able to take place until spring when the ground thaws.

"They have to be replaced, or there will be no football," says Mund.

In terms of seeking redress from the contractor, Mund says GVAC will not be pursuing action against the company.

"They went after the contractors before and nothing happened," he says.

While the repairs process has been approved by GVAC, regional district directors still have to put their stamp of approval on the project before any work takes place.