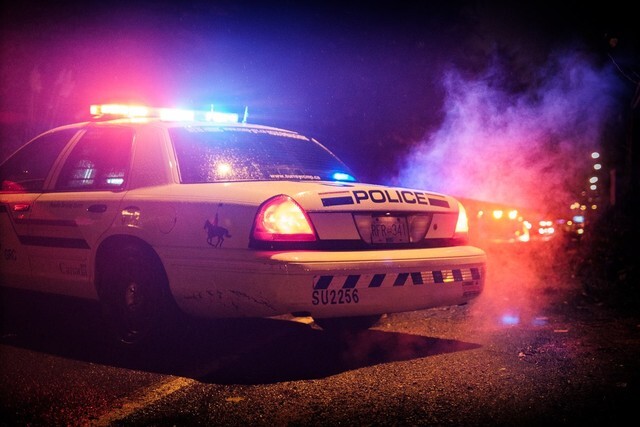 In a brief statement, Vernon RCMP spokesperson Const. Chris Terleski said police executed a search warrant at a property on the 2000 block of Salmon River Road.

"One person was arrested by police and has since been released. At this time, charges have not been laid, and police continue to investigate."

It's not known what prompted the search warrant, nor if the person detained was Curtis Sagmoen, who was the focus of a recent RCMP warning to sex trade workers to avoid the farm.

A large police presence was reported overnight at the Sagmoen farm in the rural Silver Creek area of the North Okanagan.

This just days before a rally is expected outside the property by the parents of women who have gone missing in the area.

It's not known what prompted the police action, but Curtis Sagmoen, who lives on his parents' acreage, has been the focus of police attention in recent days after an RCMP warning was issued to sex trade workers to avoid the area and report any calls for service there.

Police attended the farm earlier this month after suspicious activity was reported on the farm, and Sagmoen is under court orders not to have contact with any sex trade worker, escort or person offering paid dating or companion services.

He was previously convicted of three violent crimes against women, including running over a sex worker with an ATV.

Members of the Silver Creek Forum on Facebook posted about the police presence overnight, although RCMP have not issued any statement on the matter.

The remains of Traci Genereaux were discovered on the farm in October 2017, although Sagmoen has not been charged in her death.

The incident comes as parents and others plan to rally outside the farm on Sunday for progress on the cases of Caitlin Potts, Ashley Simpson, and Deanna Wertz, who also went missing in the area between 2016 and 2017.

Jane Aubertin of Calgary, the mother of Nicole Bell, who went missing Sept. 2, 2017, is expected to be among those attending Sunday's rally.

Bell, who lived in Malakwa, went missing two months before her 32nd birthday.

While Bell has not been connected to Sagmoen in any way, Aubertin says "we just want answers."

Castanet has reached out to RCMP for more details on Thursday night's police action.