Pro-life billboard near Vernon splattered with paint by vandals 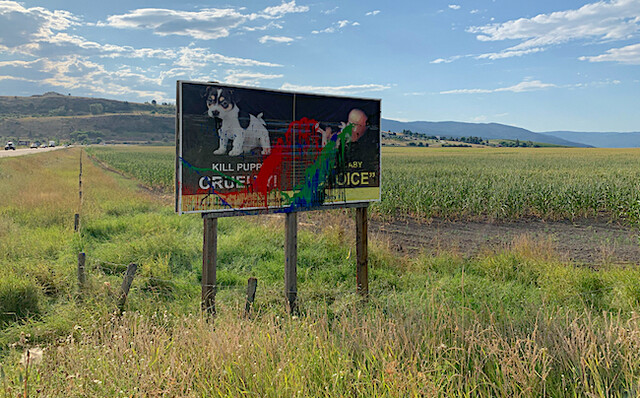 A pro-life billboard north of Vernon has been vandalized again.

Vandals splashed both sides of the double-sided billboard near the north end of Swan Lake with paint.

It's believed the vandalism happened Saturday night or early Sunday.

This isn't the first time the billboard has been targeted.

It was splattered with paint in April as well.

Vernon’s pro-life office and thrift store in the downtown core was also targeted in the spring.

At that time, Right to Life Society executive director Marlon Bartram said: "Every time these people attack us or our property, they leave not only a black mark on our billboard, but also on the image of the larger pro-abortion movement. In reality, it is totally unsurprising that those who fail to recognize and respect the lives of pre-born children would also disrespect the property of born people."