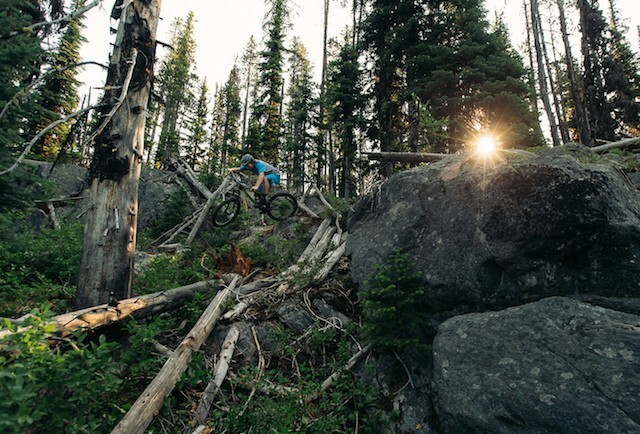 The North Okanagan Cycling Society has seen some tampering and vandalism along the trails they maintain at Predator Ridge.

There was a lone incident of an unknown person who placed a large rock on a blind corner on the Mantle trail, which could have led to a potential serious injury. Luckily, the rock was found before anyone was hurt, and it was removed.

"An incident like this is not common at all. As far as I know, this is the first time there's been an issue like that," says Rosemary Whelpdale, communications director for NOCS. "Sometimes, you'll see something similar to this happen naturally, such as a log that has fallen across a trail, but this was deliberate and placed there with malicious intent."

Predator Ridge notified NOCS members they will be installing surveillance cameras on the trails, considering there has been suspicious activity in the area before.

The activity isn't limited to just tampering, vandalism has occurred to some trail signage as well.

"Someone must have decided to bring a Sharpie with them to Kal Park, and then they defaced one of our signs," says Whelpdale. "Vandalism hurts the society because we pay for these signs, and the signage not only helps cyclists, but also hikers, since they are multi-use trails."

Whelpdale says there can sometimes be animosity between bikers and hikers, as the two groups have to share multi-use trails. But, she says, to reduce that animosity, members of the cycling society are taught to give way to everybody else who is using the trail.