Lumby: who's on evac alert 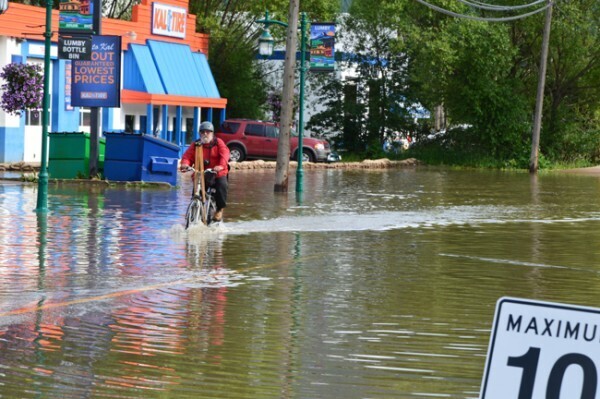 An evacuation alert is in place for many residents of Lumby, as Duteau, Bessette and Harris creeks continue to rise rapidly.

The alert applies to all residential properties located on the creeks within village boundaries, including:

Residents should prepare to evacuate, should it be deemed necessary. Residents will be given as much notice as possible, the village's Emergency Operations Centre says, but may receive limited notice as conditions change.

Mayor Kevin Acton said the Aberdeen plateau is spilling over into creeks that feed into the Lumby area.

"There is above average snowpack up there this year, and the warmer temperatures and rain are starting to melt it," Acton said Wednesday. "We're hoping it won't flood this year, but we're seeing these 'once in a while' incidents happening almost every year now."

The rising water has also closed a new bike trail that was set to open, and the Salmon Trail in the downtown area.