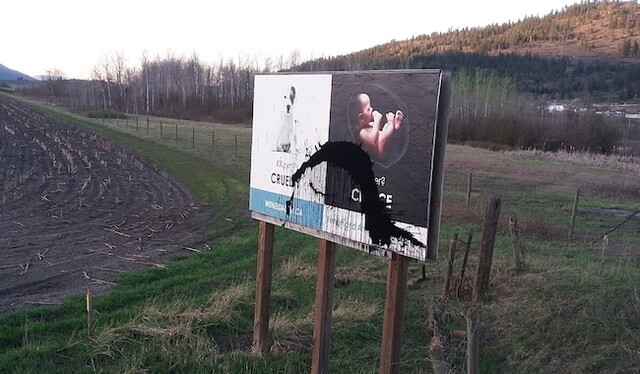 A pro-life billboard north of Vernon has been vandalized.

The vandalism follows other recent incidents targeting Vernon’s pro-life office and thrift store in the downtown core, including graffiti, eggs being thrown at windows, and hate mail.

All incidents have been reported to the RCMP, says Bartram.

"Every time these people attack us or our property, they leave not only a black mark on our billboard, but also on the image of the larger pro-abortion movement. In reality, it is totally unsurprising that those who fail to recognize and respect the lives of pre-born children would also disrespect the property of born people," he said in an email.

"We will not be intimidated into silence, no matter how many times they resort to vandalism, harassment, and bullying. The stakes are too high.

"What they do to us is nothing compared to what they do to our pre-born brothers and sisters in the womb. We will continue to speak out on behalf of the innocent pre-born child, no matter what those who kill them do to us.” 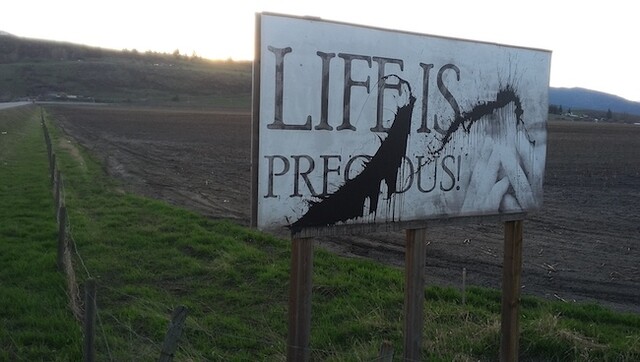