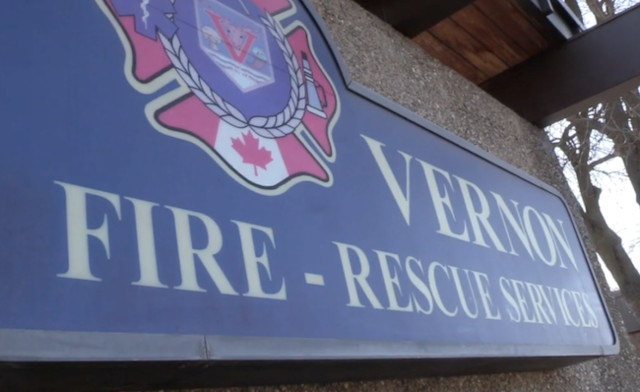 The City of Vernon has lost an appeal to have a firefighter dismissed for inappropriate conduct.

The Labour Relations Board has ruled the city could not fire Cpt. Brent Bond for having consensual sex with a non-firefighter personnel.

The fire captain and dispatcher were caught on a surveillance camera placed in the chief's office for another matter during a turbulent time in the department's history in which tensions were high between management and union members.

Last March, the city was ordered to rehire Bond, but appealed the ruling stating at the time: The City has filed an application to the Labour Relations Board appealing the order of the Arbitration Board to reinstate Mr. Bond to the workplace. The City has also filed an application to stay the implementation of the order pending the Labour Board’s review.

On Sept. 27, the LRB ruled dismissing Bond was too harsh, dismissed the city appeal and ordered him to be rehired, but to also be disciplined for the situation.

A report from LRB panel vice-chairperson Karen Jewell said “After discussing a number of other circumstances and considerations, the Majority held that the Grievors' "sexual misconduct on March 25 and to a much lesser extent their deflection, deception and dishonesty on March 26 is worthy of harsh discipline.” The Majority added, however, that for each, "with their length of service, employment record and next morning offer to tell all and apologize rejected by the employer, we conclude dismissal was an excessive disciplinary response in all of the circumstances.”

“With respect to the Captain, the Majority decided to reinstate the Captain to employment on terms which included a five-month disciplinary suspension with no compensation for lost wages but no loss of seniority or benefits, and a three-year temporary disciplinary demotion to the rank of firefighter.”