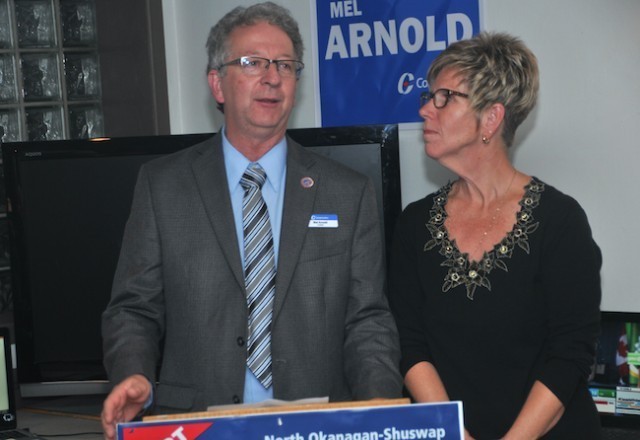 Mel Arnold is not happy that a man who openly claimed support for ISIS is being released to live in the North Okanagan.

Othman Hamdan is being released from custody to live with a friend in Enderby.

Hamdan will have a number of conditions placed on him, but the North Okanagan-Shuswap MP said the decision to release Hamdan “is a source of serious concern for me and my fellow Canadians in the North Okanagan- Shuswap and beyond.”

Hamdan has been in custody since September 2017, when the Canadian Border Services Agency arrested him on the same day he was acquitted of terrorism-related charges based on Facebook posts calling for so-called "lone-wolf attacks."

One of his posts specifically targeted the Revelstoke Dam, less than two hours away from Enderby.

“In his 2018 decision, federal court Justice Harrington clearly wrote ‘Mr. Hamdan is an unmitigated liar. One must wonder if he has uttered one truthful word since he came to Canada in 2002.’”

Arnold pointed out Justice Alan Diner’s decision Tuesday characterizes conditions for Hamdan’s release as ‘comprehensive’ and ‘appropriate’ in support of the opinion of Immigration and Refugee Board Member Geoff Rempel who suggested Hamdan does not pose a danger to the public if released with appropriate conditions.

In his decision, Diner cited 38-year-old Hamdan's good conduct in prison, his admission of wrongdoing in the past, his testimony at detention review hearings that are held for all immigration and refugee board detainees, and by his long-time friend and bondsperson, who he must live with in Enderby.

He must also abide by a nightly curfew, cannot drive a vehicle or accept a ride from any person, except with the approval of his bondsperson, be treated for any mental health issues and co-operate with any removal proceedings.

“By stating these conditions are adequate and apparently believing Hamdan will abide by them, Diner and Rempel seem to ignore previous warnings of their own colleagues that Hamdan is both a security risk to Canada and a liar.”