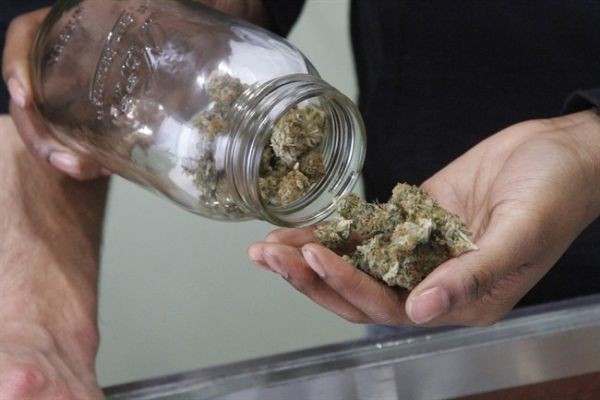 Cannabis dispensaries throughout the province will shut down today, this despite the fact that on Oct. 17 (tomorrow) cannabis will be legal across the country.

Legalization was supposed to be celebrated, but many cannabis consumers are left in a haze of uncertainty, and that is creating panic.

Leading up to the legalization date, cannabis dispensaries have seen a rush of clients "loading up" on forms of cannabis that won't be made available under legalization — for example, extracts or tinctures, even edibles.

As one industry veteran and current dispensary operator in the Okanagan explains, once legal, many people who use cannabis for medicinal purposes will no longer have access to their preferred method of cannabis.

"People are panicking. People are buying suppositories by the thousands at a time, and that has never ever happened before. They are buying the products they've always bought, but they are loading up because they are afraid that they are not going to be able to find these products anywhere. And they are right."

The reason for the panic is justified for many, here's why:

The cannabis industry operated in a grey area for years. The sale of cannabis in any form was illegal, but a blind eye was turned, which allowed dispensaries to offer a wide range of products, none of which were regulated by the government.

This allowed for the sale of not only smokable cannabis, but extracts, tinctures and edibles.

These products quickly became popular with consumers who would use them for medicinal as well as recreational purposes. However, up until a recent Supreme Court of Canada ruling, extracts, tinctures and edibles weren't considered under new legalization regulations.

They will be worked into the language, but it could be a while before products like these become legal.

Dispensary operators in Vernon made the decision to shut down instead of jeopardizing any future applications made to the province.

Retailers will only be able to sell cannabis that it purchased through the province.

Retailers can only purchase cannabis through the province if they have been issued a provincial license.

Retailers cannot get a provincial license without local government support of a specific application.

Local governments cannot give explicit support for an application until cannabis sales have been regulated through bylaws.

The City of Vernon has not yet set its zoning bylaws around recreational cannabis dispensaries.

Staff are working on amendments, which will then go to a public hearing and then adoption.

Providing the new mayor and council support the bylaws and the province processes the applications, best case scenario for Vernon to have a cannabis shop open is in January.

However, according to the City of Vernon, it has only received two notifications from the province regarding applications made by dispensaries. That is not to say there aren't more coming, it is just the city has been made aware of two.

In B.C., 173 applications received by the province so far, 62 have been reviewed and submitted to local governments for further review and 35 of those are in the latter stages of the approval process.

Only one, government cannabis store has been given a license to sell recreational cannabis in B.C., which is in Kamloops.

The industry veteran Castanet spoke with says the irony for many is that on the day recreational cannabis becomes legal in Canada, it also becomes harder to access.

"Those medical patients and the businesses that have been servicing them have been the tip of the spear in this who dialogue about let's legalize. Let's create a whole cannabis access program. This thing that was happening on the 17, has nothing to do with medical cannabis. It has to do with recreational cannabis. So, they are saying all you medical cannabis dispensaries you have to close now because we are legalizing recreational cannabis. It doesn't make any sense."

He added, "the medical conversation is falling between the cracks. That is the big take away here. The medical people have been completely forgotten in this equation."

The desire for the product is there. People have been accustomed to receiving cannabis as an extract. There is no indication that that desire will subside with the closure of dispensaries.

British Columbians throughout the province will be able to legally purchase non-medical cannabis online from: www.bccannabisstores.com