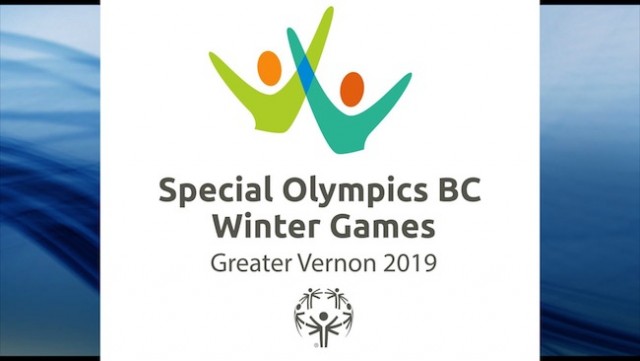 Greater Vernon will play host to hundreds of athletes and coaches this winter as part of the 2019 Special Olympics BC Winter Games.

The upcoming games now have an official logo.

The logo was designed by Vernon graphic artist Stephanie Tambellini, who said the inspiration for the logo was based on the sense of place that is Greater Vernon.

"The ‘V’ shapes represent the diversity in Vernon’s people and landscape," explained Tambellini. "The shapes also convey a celebratory feeling as Greater Vernon proudly plays host to the Special Olympics BC Winter Games based on being an engaged community that values an active lifestyle. The colours chosen represent the sun, water and land that is synonymous with the Okanagan and make it a desirable place to both visit and reside."

While the games are still six months away, anticipation is growing.

"We’re thrilled with the enthusiasm Greater Vernon has shown since announcing they would be hosting the Games," said Dan Howe president and CEO of Special Olympics BC. "The release of the logo makes it that much more real, not only for the community but for the athletes with intellectual disabilities who will proudly compete under the 2019 Special Olympics BC Winter Games banner. Greater Vernon opened its hearts and minds when it said yes to host the Games, and the logo helps put the community’s stamp of approval on it.”

More than 800 athletes with intellectual disabilities from all over British Columbia and the Yukon will be competing in eight sports.

The 2019 Provincial Games, will be the largest SOBC Winter Games to date.

The SOBC Games Opening Ceremony will be held on February 21, followed by competition throughout February 22 and 23.

A Closing Ceremony, open only to Games competitors, will be held on February 23, followed by a volunteer recognition breakfast on February 24.

More than 1,000 volunteers will be needed to help stage this inspiring event. Volunteer registration details and Games venues will be announced in the weeks to come.