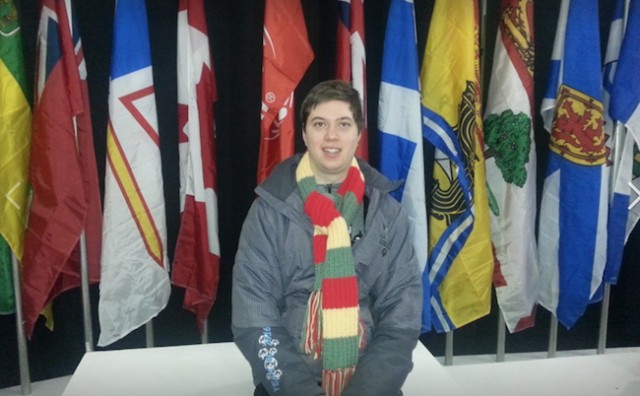 Photo: Contributed
Vernon's Justin Sigal will be competing in the Special Olympics.

Some very special athletes will be coming to Vernon next year.

It was announced Tuesday the 2019 Special Olympics BC Winter Games will be held in Greater Vernon in February.

More than 800 athletes from across the province and Yukon with intellectual and physical challenges will compete in eight sports.

The 2019 games will be the largest SOBC Winter Games to date, with a new sport being added to the roster: five-pin bowling is moving from summer to winter, joining alpine skiing, cross-country skiing, curling, figure skating, floor hockey, snowshoeing and speed skating.

The participating athletes will be supported by more than 250 volunteer coaches and mission staff.

The dedicated competitors will be shooting for personal-best performances, as well as chasing the opportunity to advance to national and international levels of competition.

It will mark the first time the games will be held in Greater Vernon.

“In Special Olympics BC Games, the competitors showcase their talents and the true power and joy of sport, and they open hearts and minds to the abilities of individuals with intellectual disabilities, changing the way the world sees this population that is still too often forgotten or excluded. We know that Greater Vernon is home to outstanding venues and volunteers that will give our athletes the high-quality competitive experience they deserve,” said Dan Howe, SOBC president and CEO.

More than 1,000 volunteers will be needed to help stage this inspiring event. Volunteer registration details and Games venues will be announced at a later date.