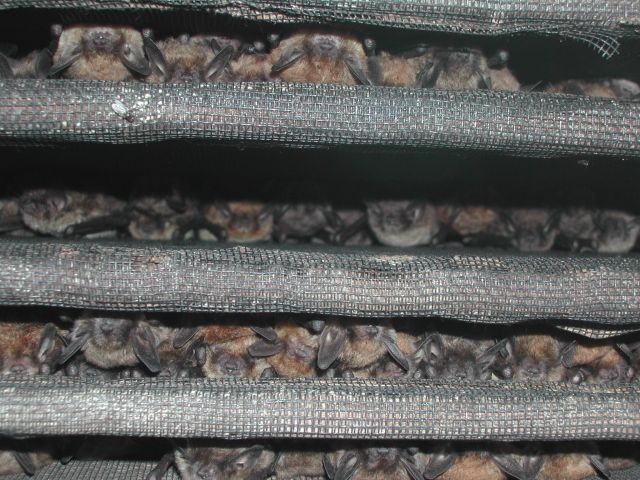 While creatures of the night are usually avoided, experts say the ones living in the Okanagan need some help.

“The conservation of bats in B.C. has always been important, since over half the species in this province are considered at risk,” said Paula Rodriguez de la Vega, coordinator for the Okanagan Community Bat Program. “However, with the discovery of White-nose Syndrome in Washington State, bat conservation is more important than ever.”

White-nose Syndrome (WNS) has decimated bat populations since it was first detected in North America in 2006, spreading to 31 states and five provinces.

“Luckily, WNS is not yet in B.C. but we are preparing for its arrival by raising awareness about bats; working with landowners who have bats in buildings, enhancing bat habitat and monitoring populations.”

As well, some bat species have adapted to using human-made structures, such as bat-houses.

“Bat-houses are particularly important for maternity colonies where groups of female bats roost together to have their pup during the summer. A well-designed bat-house installed in a good location can provide a home for hundreds of bats.”