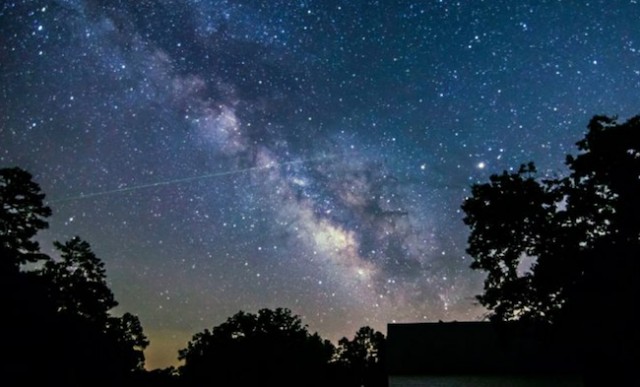 A bright object in the heavens above the North Okanagan got the attention of many people over night.

Social media has lit up with speculation as to what the object was.

Some jokingly speculated it was an alien invasion, but the most common theory - and the most likely - is it was a meteor.

Posted one witness on Facebook, “It lasted maybe three-and-a-half seconds. It looked huge. Over by the Swan Lake area, we saw it from Middleton.”

The light was so bright it was seen in Enderby and Kamloops.

But the spectacular light show could just be the beginning as meteor showers are expected to light up the heavens through the summer.

According to earthysky.org, “The Delta Aquariid meteor shower in July favors the Southern Hemisphere and tropical latitudes in the Northern Hemisphere. But these meteors can be seen from around the world. The maximum hourly rate can reach 15-20 meteors in a dark sky. The nominal peak is around July 27-30, but, unlike many meteor showers, the Delta Aquariids lack a very definite peak. Instead, these medium-speed meteors ramble along fairly steadily throughout late July and early August. An hour or two before dawn usually presents the most favorable view. Best seen in the wee hours before dawn in late July.”

The Perseid meteor shower is perhaps the most beloved meteor shower of the year for the Northern Hemisphere and it is expected in the middle of August.