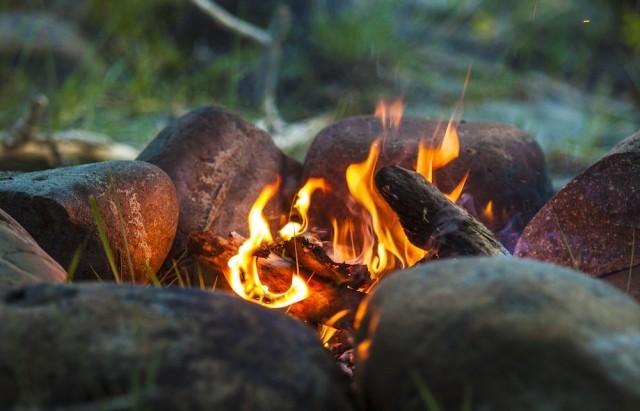 Photo: Contributed
Three men were fined $1,150 each Thursday night for having a campfire next to Kal Lake along the Okanagan Rail Trail.

Some people are just not getting the message, but a solid hit to the pocketbook might help.

Three men were fined $1,150 each Thursday night for having a campfire next to Kal Lake along the Okanagan Rail Trail.

Coldstream Fire Chief Dave Sturgeon said someone called fire dispatch with a report of a suspected campfire at around 10:30 p.m.

A total fire ban was implemented several weeks ago for the entire region in light of the dry conditions currently facing the province.

When fire crews and RCMP arrived, the three men were less than co-operative.

Sturgeon said the men did not see anything wrong with having a campfire, telling officials it was “just a small fire.”

The men were not so glib when the tickets were issued.

“We requested the RCMP so they could issue provincial tickets for $1,150 instead of the $200 we can issue,” said Sturgeon, noting every person at an illegal campfire can be fined.

Sturgeon said there is zero tolerance for having a campfire of any size and if anyone sees open flames they are asked to call 911 immediately.