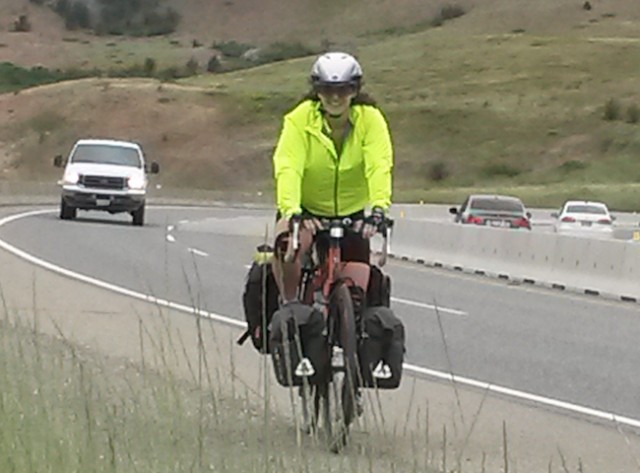 Photo: Contributed
Grace McNee is riding from Coast to Coast in honour of her friend.

When Grace McNee lost one of her closest friends, she knew she had to do something in her honour.

So she decided to ride from coast to coast to raise money for Independent Living Nova Scotia.

Dube lived independently so when she passed away, McNee decided to raise money to support independent living facilities in Nova Scotia, where Dube is from and where McNee has lived for the past several years.

Despite her physical challenges, McNee said Dube managed to live at home and had earned a masters degree.

“She had many passions, from travel to philosophy, to the environment, to animal rights, and many more, too numerous to count," said McNee. "I learned a lot from her and she has inspired me to tackle the trek across Canada by bicycle. Nothing was ever too much for Sarah, and she never let her disability define her."

Dube was a strong believer in the importance of independent living, and chaired the board of Independent Living Nova Scotia (ILNS).

To raise money, McNee has launched a Canada Helps page where she is accepting donations for ILNS.

McNee hopes to end her ride in St. Johns, N.L., by mid September.

McNee was in Vernon Thursday and will now work her way through the Shuswap before heading east on the Trans Canada Highway.