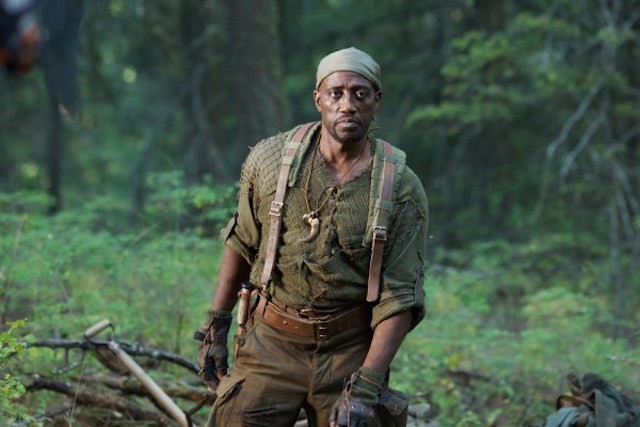 A Vernon-shot movie called 'The Recall' starring Wesley Snipes is set to premiere on June 2.

The sci-fi thriller was made at the Okanagan Film Studio in Vernon last summer.

Directed by Mauro Borelli, The Recall centres on a group of friends vacationing at a remote cabin lake house when aliens attack Earth.

It was shot for the new Barco Escape three-screen, panoramic theatrical format, which fully surrounds audiences, and will have a two-week exclusive theatrical window for immersive cinema experiences.

After that, The Recall will open in select 2D theatres on June 16.

“Barco Escape is an incredible new way to watch movies and feel like you are completely inside the heart-stopping action we’re bringing you with our thriller,” said Snipes. “The Recall is setting the bar for how movies should create a mind-blowing experience for fans across all platforms.”

“We jumped at the chance to create one of the first films shot natively for Barco Escape, which is changing the way movies are experienced in theatres," said Kevin DeWalt, CEO and producer at Minds Eye Entertainment, a Canadian film production company.

Also on June 2, a 12-minute virtual reality short called 'Abduction,' will be shown. It features Snipes and brings audiences into an alien invasion through the eyes of co-star R.J. Mitte’s character.