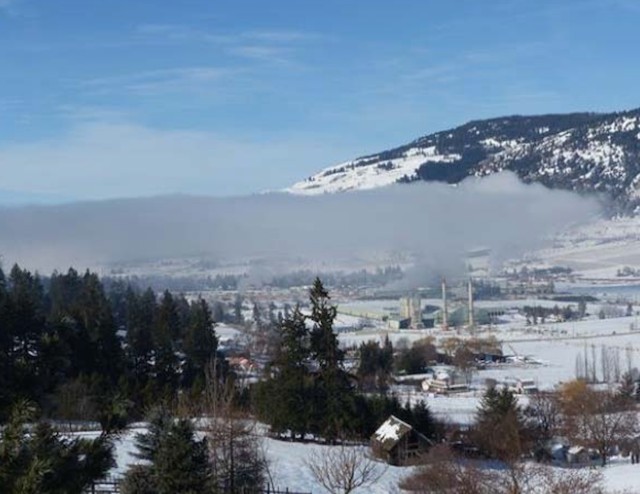 Coldstream council is hoping the Ministry of Environment will conduct more air quality tests on emissions that may not be from the Tolko Industries and Pinnacle pellet plant operations in Lavington.

A letter is being sent to the province in light of Tolko's decision to request an amendment to its permit.

“We're asking that additional testing sites be established so we can eliminate the effect of the background pollution,” said Coun. Richard Enns.

The ministry's primary testing site is established close to the mill operations, he said.

“The very small 2.4 microns is the harmful stuff,” said Enns, adding that particulate matter of that size is invisible to the eye and able to access the deepest recesses of the lungs.

“Our concern is that background pollution might be from dust from fields or wood stoves," said Enns. “The data from the primary testing site is useless unless you have better measurements. We'd like continued testing but better testing, a secondary site so they can separate the background pollution.”

Council is pleased with efforts by the mills to cut pollution, according to Mayor Jim Garlick.

"I'm just recognizing the fact there is a decrease (in emissions) and council recognized that during the meeting," Garlick said.