Why is Kal Lake green? 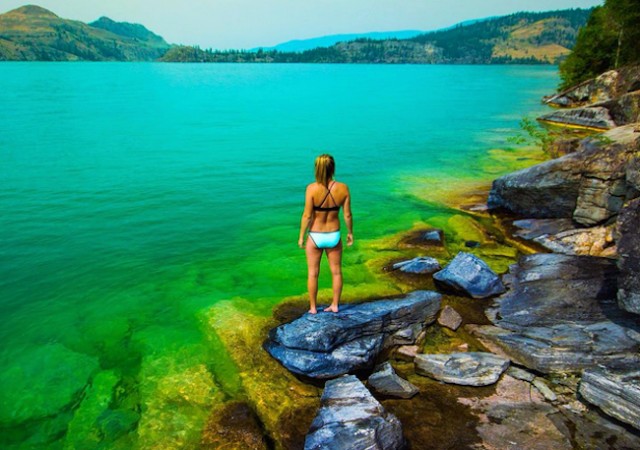 Every resident and tourist alike will agree that one of the jewels of the Okanagan is Kalamalka Lake – but what is it that gives the lake that alluring blue-green colour?

As it turns out, Kal Lake is one of only a handful of very special "marl lakes" that display the colourful reaction of limestone deposits to temperature change.

A marl or marlstone is a calcium carbonate or lime-rich mud or mudstone that contains variable amounts of clays and silt.

Tourism Vernon recently took to social media to explain the science behind the beautiful lake and its recent colour change to a vivid green.

“Ever wondered (about) the secret behind what makes our Kalamalka Lake turn green every summer?” writes Tourism Vernon on its Facebook page.

The explanation is backed up by the Friends of Kalamalka Lake Society.

Kalamalka Lake is reportedly named after an Okanagan First Nation chief. Kalamalka was a form of the word Kenamaska, the name of the chief who lived at the northern head of the lake.

Prior to being given that name, historians report Kalamalka Lake and Wood Lake were known as a single lake referred to by the First Nation as “Chilutsus” (Chil-loot-sus) meaning “long lake cut in the middle.”

It was officially named Kalamalka Lake in the 1950s.

It is approximately 16 kilometres long, three kilometres wide at its widest point and has a maximum depth of 142 metres (466 feet).