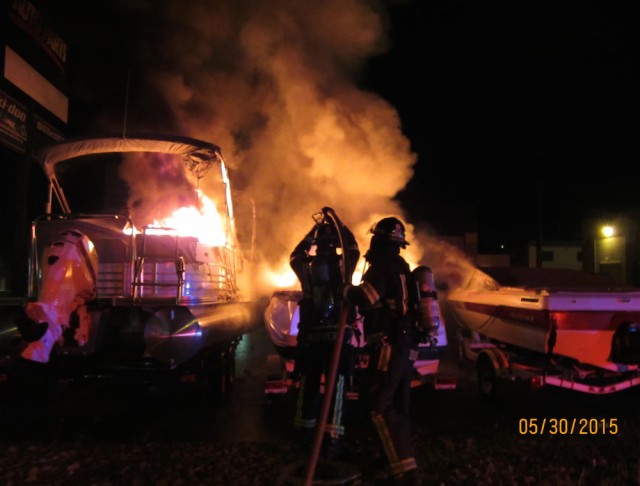 Fire officials and RCMP are investigating after a boat was destroyed by flames at a Banner Recreational Products, in Vernon.

The blaze was reported just after 3 a.m., and Captain Dan Walker of the Vernon Fire Department says the vessel was fully involved when crews arrived on site.

"The fire also significantly damaged two boats that were in the vicinity,” he explains.

No one was working at the marine dealership at the time, and there were no reports of any injuries.

Flames could be seen from a distance, prompting several calls to the fire department.

The blaze was extinguished in under 15 minutes according to Walker, who would not comment on the cause of the fire, as it remains under investigation.