A year without tap water 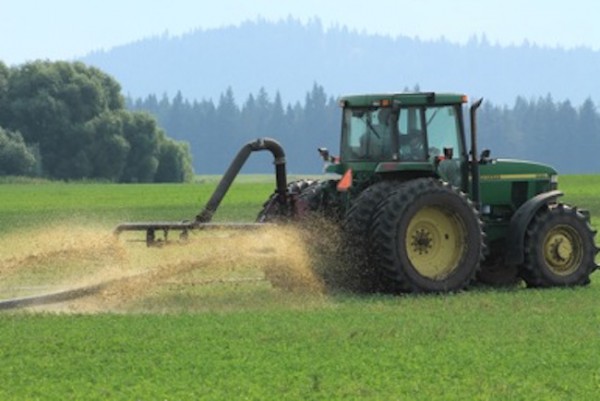 Imagine not being able to drink the water out of your kitchen tap for an entire year. Having to rely on bottled water for months on end with no idea when the water will be safe again.

That's the situation for over 300 Spallumcheen residents whose water was deemed unsafe last March.

Nearly one year later they are furious nothing has been done and are begging for the government to take notice and take action.

Al Price is the vice chairman for the Steele Springs Waterworks District and is taking the lead to help his community and to get the government to pay attention to their plea.

“Our district has been supplying water to farms in the area for 90 years with only one other glitch in 2001,” explains Price. “But, ever since a 1,000 cow dairy farm was established about one kilometre up the road, and purchased the field and feed lot adjacent to our spring, our nitrate levels have slowly climbed to the point where they passed the 10 parts per million maximum allowed and have not dropped down since.”

Price says the nitrate level increase is caused by the nitrate heavy manure used to fertilize the 220-acre property owned by H.S. Jansen and Sons adjacent to the spring.

Crossing the 10 ppm threshold meant the water was no longer considered safe to drink under the Canadian Drinking Water Guidelines.

This currently affects 53 farms on the Steele Springs Waterworks District line and leaves another 30 farms on high alert in the Hullcar Valley. The Hullcar Valley farms pull water from the same area and have been told to check their water nitrate levels at least every six-months.

“53 farms are paying for a water system they can't drink,” notes Price.

While Price and his wife spent $3,000 to have a reverse osmosis system put in at their home so that they can drink the water, most he says, can not afford that.

“We have a lot of seniors on fixed incomes in our area that can't afford it, nor can they afford to buy bottled water every day. Some are just drinking the unsafe water.”

They water district feels the government should enforce rules under the Agricultural Waste Management Act which would restrict the use of manure in the fields.

Price says they don't want to shut the farm down, they just want to be able to drink their water.

“We don’t want to shut the farm down or anything like that, but there are ways to farm and make money certainly, that is in respect of your neighbours.”

A letter sent from Price's wife to Saputo, a major milk buyer, brought the problem to the B.C. Dairy Association's desk, which is now working on the situation.

“We met with them Dec. 20, their communications director flew in from Vancouver, and the result was that they are trying to set up a face to face meeting with the Jansens. But they have refused to talk to us for the last two years,” says Price. “If the Jansens are willing to talk to us, we would welcome that, but they haven't shown any inclination to do that so far.”

Price fears residents will be stuck with unsafe water for years and years to come. He says the last time there was similar nitrate issue it took seven years for water to return to normal levels.

“We are exploring the possibility of joining Armstrong's water system, but that would take at least four or five years and cost us a minimum of $300,000 plus doubling our water rates,” explains Price. “Drawing a deep water well into an aquifer that is below the one that is contaminated would be a temporary solution at best and probably almost as expensive.”

He hopes residents across the province will be concerned about this issue. He says only 15 per cent of the water in their spring is used in Spallumcheen, while the rest drains into Deep Creek which heads into Okanagan Lake.

“I am hoping people will start to realize that if this can happen to us, and no one is willing to do anything about it, it can happen to anybody and any water supply. And here in the Okanagan, water is very precious.”

Price says letters have now been sent to BC Environment Minister Mary Polak and Kelowna-Lake Country MLA Norm Letnick with the hopes of getting their support and finding a solution.