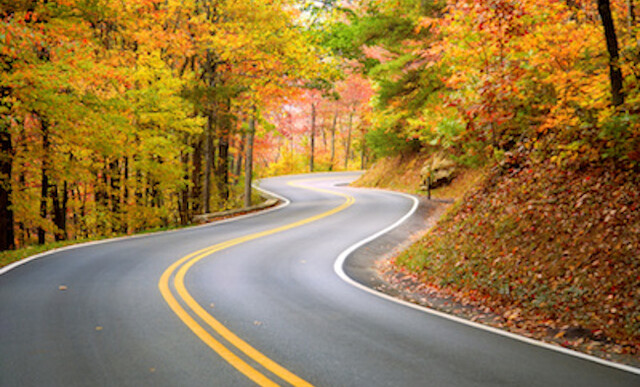 That song was written by Pete Seeger in the 1950s and made famous by the Byrds in the 1960s, a time of great societal ferment and personal change.

While Seeger gets the royalties, the lyrics were written more than 2,000 years ago by Ecclesiastes, one of the most pessimistic writers in the Bible.

Seeger changed and added a few words, but otherwise, it’s all Ecclesiastes.

It’s time for another turn. Summer is a time out, a respite from our nine-to-five life, when we take off the tie and tight shoes and slip on shorts and sandals. The season isn’t quite over yet, but if we listen intently, we can almost hear Mother Nature packing up the greenery.

Students go back to school, workers return from holidays, some people start new jobs, others new lives. We feel a quickening, a buzz, a sense of unfinished business, an urge to do something that has nothing to do with back-to-school shopping, getting a new wardrobe or a new car.

The seasonal change is mandated, while the personal is a choice. But, then, every day, every moment is pregnant with purpose if we choose to accept the invitation to our own re-birth, if we respond to the inner stirrings that are always there, but we ignore.

“Perhaps life is calling you right now to look beyond the appearance of things, not to find a deeper meaning, but a whole new way of looking,” Neil Douglas-Klotz writes in The Sufi Book of Life.

In the Five Stages of the Soul, Harry Moody tells another Sufi story, involving Charles Campbell, and his wife who quit their jobs and went on a spiritual journey. For two weeks, they sat at the feet of a Sufi master in Iran, but eventually returned home.

Two years later, while sitting in mediation, Campbell heard a voice inside his chest: “Come!”

An hour later, on his way to work, he heard it again. Later that day, his wife said she, too, heard the voice in her chest.

Five days later, they were on their way to Teheran.

“I heard you calling me,” Campbell said as he entered the Sufi master’s chambers.

“Did you now?” the master said.

“You were calling me, telling me to come.”

There was a long silence and finally the master broke it with a barely audible chuckle.

“Mr. Campbell, my dear Mr. Campbell, don’t you realize, I’ve been calling you every day for two years. It’s taken you all this time to finally hear me.”

We all have an internal Sufi master calling us to reach for our potential, to be faster, higher, stronger. But we’re too busy to answer.

Most of us acknowledge, at least intellectually, that we create, or choose, our life, that the world is a reflection of our thoughts and beliefs. So if we know it’s inside our head, why do we keep looking outside when we want to make changes?

If our methodology isn’t working, maybe this season is a time to change our strategy, to re-frame the problem and look at it from a different perspective.

We could turn, turn, turn. Turn around. Look in. Shift the essence of us 180 degrees and stare into the universe of self and see the worlds contained therein.

In Hindu mythology, there is a story of Krishna being raised among the Gopis in which the foster mother of the god pretending to be a boy heard he was eating dirt.

She ran to clean out his mouth and saw the whole universe contained inside. The god gave her the gift of forgetfulness, but we have to give ourselves the boon of remembering.

“The privilege of a lifetime is being who we are,” mythologist Joseph Campbell said.

Go back and read that again. There’s a doctrine, a philosophy, a religion, a way of life embedded in those
10 words.

Granted, there aren’t any rules or schematics that tell us how to behave, but if we lived that statement, we wouldn’t need any.

We would be spontaneous; it is only when we ignore our nature and act the way we think others expect that problems arise.

Perceval, one of the knights of the Round Table, found, but lost the Grail because he behaved “politely” rather than spontaneously and didn’t ask the compassionate question that would have healed the king.

“The formula for failure is trying to please everybody with everything that you do,” said motivational guru Wayne Dyer. “So the formula for success must be opposite of that which is not being consumed with what other people are thinking, and listening to your own inner voice.”

This can be the season for self-inquiry, for total commitment to mapping the undiscovered country of self, the search for our Holy Grail.

“Ask of yourself, inquire into yourself, pursue yourself, investigate within yourself, and never let others tell you what it is, not let it be explained in words,” D.T. Suzuki quotes a meditation master in The Essentials of Zen Buddhism.

At the top of psychologist Abraham Maslow’s hierarchy of needs is self-actualization:

“the desire for self-fulfilment, namely the tendency for (the individual) to become actualized in what he is potentially. This tendency might be phrased as the desire to become more and more what one is, to become everything that one is capable of becoming.”