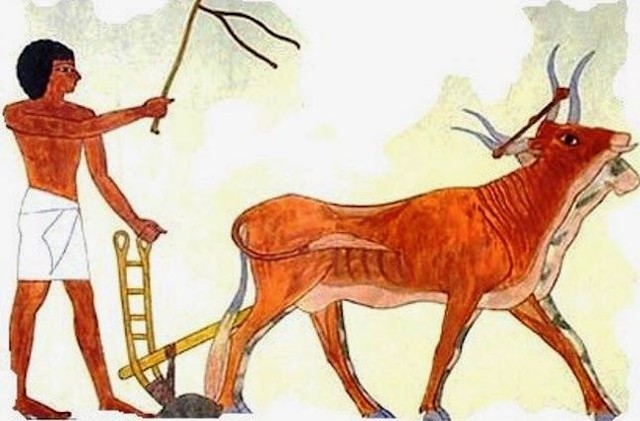 We have been shaped by events and forces we don’t remember or simply didn’t recognize their importance.

As a species, we were moulded by seismic events that don’t register on any scale, but yet it made humanity what it is.

Sure, we know someone in China invented paper, that Newton “discovered” gravity and Columbus “discovered” the New World.

We know Archimedes invented the lever, specific gravity and host of other things. We know he is said to have a eureka moment and ran naked through the streets.

But we don’t remember pivotal moments that catapulted us forward, yet it is instructive to remember the forgotten and unnamed people who took us on detours that eventually became the road most travelled, just as examining our wounds and scars can tell us how we became us.

• The first “people” who decided to stand up two millions years ago certainly deserve our thanks. Shopping at the mall is bad enough without having to crawl through all the stores.

• The nomads who, 10,000 years ago, realized that farming had a better future than hunting. Nomadic life didn’t end with agriculture, but it is  rare; some use a horse or camel while others use a car or plane. The hunter in us was sublimated, but the urge to roam, to be free, was never extinguished.

• The people who domesticated the horse 5,000 years ago, and the Scythians who figured out 3,000 years later to ride it. (The centaur galloped into mythology because the Greeks believed that the horse-men thundering down on them were one creature. The Aztecs and the Inca came to the same conclusion when they saw Spaniards on horses.)

• The people who invented the plow about 5,000 years ago in Mesopotamia deserve an asterisk beside their names. “This simple implement may arguably be called the most fundamental invention in the history of man, and the innovation that brought civilization into being, because it was the instrument of surplus,” James Burke wrote in Connections, a book based on his TV series.

• We could argue that humanity is a child of the plow, that many later innovations happened because of how life and civilization changed as a result. Writing, which helps us communicate across space and time – with our mother a few time zones away, with the past because we can read Tolstoy, Shakespeare and the Bible, and with the future because the words we write today can be read by our great-grandchildren – was developed in Egypt to denote who owned the surplus grain stored in the granary. At the same time arithmetic and geometry developed to aid canal building, measure fields, for taxation purposes and for calculating the amount of grain at harvest time.

• We wouldn’t be worried about the price of gas today if someone in southern Russia hadn’t invented the wheel. No wheel, no car. The wheel became a model for all motions of rotation, from grinding wheat to hauling water out of deep wells.

• The originators of the first widely used alphabet about 1100 BC. Imagine writing a romantic “letter” by scratching symbols into wet clay.

• The scribe in the eighth century BC who puzzled over a papyrus manuscript and decided that vowels would make writing easier to understand. Before A,E,I,O,U, a person reading bd, for instance, had to figure out within the context of the sentence whether it was bad, bed, bid or abide.

• Sixteen centuries later, another innovation changed how we read. Run-on sentences are confusing, but imagine a sentence without spaces between the words. Latin was meant to be read aloud and sounded out. People raised with Latin mastered “reading by ear,” but people not raised with the language couldn’t figure out where one word ended and the next began until some Saxon scribes had a eureka moment even Archimedes would have appreciated.

We remember the big things – finishing high school and university, getting married, getting divorced, moving across the country for a job – but after a crisis we try to understand why our lives fracture.

There comes a moment in most lives, often after a lifetime on the hamster wheel, when we wonder how we got to here. Then, we are forced to examine our path and search for the little hieroglyphics on our life line that inform us some minor episodes were more important than we thought.

That’s when we discover ourselves and find that we are, like the laws of nature and art hidden in marble, waiting to be found if we but take the time to look.

Michelangelo claimed his masterpiece, David, was just waiting in the stone for him to chip away all that was not David. Some of his most evocative works are the half-finished pieces – of men fighting to get free of that which binds them, like a butterfly struggling to emerge from its chrysalis.

Most of the time, we think we’re the worm, or encased in a cocoon of pain waiting for that transformative moment, but the wise know we are all butterflies.