Is your wallet a black hole? 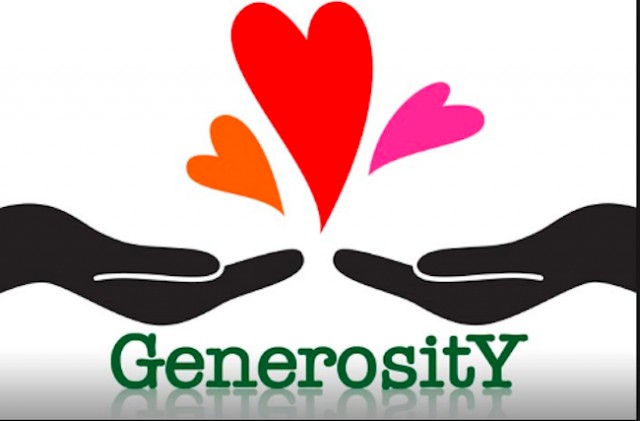 These are the times that try men’s souls.

Thomas Paine wrote that in 1776, but any time can try our souls, our principles, our concepts about self.

Most of the time, we don’t think about it, we’re too busy paying the bills or watching TV, but the lead up to Christmas tries our souls, our patience and our wallets.

Now that the Halloween ornaments have come down, the Christmas ones will soon go up, commercials will start and over cocktails at Christmas parties, a favourite topic will be the commercialization of Christmas and how society needs to return to old values that didn’t come wrapped in tinsel and packaged in plastic.

Both may be true, but irrelevant if we don’t allow this time to over-power our generosity of spirit. Charities are always concerned that a poor economy will turn our wallets into black holes. Yet, no matter what the law of gravity proclaims, we will overspend on our family.

We might not spend as much as last year, but we will overheat the Visa card to get stuff we don’t need.

Will that generosity extend beyond the immediate family? Are we willing to forgo a little less stuff so we can get essentials for others, for people we don’t know and will never meet.

Many people spend hundreds if not thousands of dollars on the Christmas experience — gifts, alcohol, dinners, partying — and that could save thousands of lives:

We can’t give up our life and joy to save all the world, but we can spend a little less on ourselves to save some — even when, or especially when, times are tough.

Life demands courage, commitment and enthusiasm, and a willingness to share, and serve. What goes around comes around. We get what we give — whether money, time or love.

“I believe that all humans know in a deep, ineffable way exactly what is required of us — even down to being called to do very specific things,” Brian Swimme, a mathematical cosmologist and author, told Shift magazine. “We don’t get a printout or specific instruction, but we do know what gives us a deep sense of joy — and that’s what we’re supposed to be doing.”

We’ve helped others enough to know that it feels good. Experiments have proved endorphin levels of the people helping, the people being helped and the people watching rise when we’re altruistic.

Even if we’re unsure what to do, we feel a need to do something, to help when the situation calls for it. The question we have to answer is whether we’re our brother’s — and sister’s — keeper? Do we help even when it hurts?

“There comes a time in each of our lives when we have the opportunity to reach out and turn the switch that will change darkness into light,” singer Willie Nelson writes in The Tao of Willie. “All we have to do is slow down, remember who we are and who we would like to be.”

Those are the big questions. Who are we? And who do we want to be?

“Paul and I have been partners for 26 years and I have come to know his passion, humour and, above all, his generosity. Not just economic generosity, but generosity of spirit,” Chicago businessman Carl Haas, Paul Newman’s partner in Newman-Haas CART racing team, said after the actor died.

Do we have that same generosity of spirit, or do we give for the tax receipt, and only give when the economic indicators point up?

We could have the generosity of spirit that the Salvation Army has. It helps thousands in the Okanagan every year and if we don’t have money to donate, we can give our time; volunteers are always needed to man the kettles.

We could have the generosity of spirit that our military exhibited when they volunteered to fight — and die — for a greater good.

The motto for Remembrance Day is Lest we forget. And every Nov. 11 these words are intoned and no matter who says them, they a have a sombre majesty: “at the going down of the sun and in the morning we will remember them.”

And we should, and follow their example; if they were willing to make the supreme sacrifice for people they would never meet, for generations not yet born, the least we can do is help our neighbour.

Most of us paused during the long Thanksgiving weekend last month to parrot a few words about being grateful, and recognized that good luck, good genes, happenstance or divine thought put us here and not there.

Instead of living in one of the best places anywhere, we could be victims of poverty, war, rape, hurricanes, earthquakes, volcanoes, tsunamis, and sundry kinds of disasters that seem to afflict other parts of the world.

While we’re not completely immune to them, we did get some sort of cosmic inoculation before birth that reduces those afflictions and maladies.

Yes, there are marginalized people in Canada, thousands living below the poverty line and on the street, but overall we have much more than even we seem to realize.

Religion, metaphysics, philosophy, even science preach the unity of all things; that beneath the duality and separateness so seemingly obvious, is a oneness. There is not one person on this planet above four who we have not exchanged atoms with. Part of us is in almost seven billion people.

Hubble telescope pictures of galaxies merging show a stream flowing between the two that can be seen across 35 million lights years. If we could get a Hubble shot of humanity, we would see that same atomic jet stream flowing among us all.

“We are one, after all, you and I. Together we suffer, together exist, and forever will recreate each other,” said Pierre Teilhard De Chardin, a French philosopher and Jesuit priest.