Music of ABBA back on stage

ABRA Cadabra brings the music of ABBA back to the Okanagan after three years with their Western Canada tour, I Still Have Faith In You.

The tour kicks off at The Sagebrush Theatre in Kamloops on Sept. 11, followed by the Kelowna Community Theatre on Sept. 12 and The Vernon & District Performing Arts Centre on Sept. 13. From there, the tour will continue on to do five shows in Alberta, four shows on Vancouver Island and then a final stop in North Vancouver.

ABRA Cadabra (produced by Vancouver-based Moon Coin Productions) has toured the world for more than 20 years bringing the timeless music of ABBA to audiences of all ages and cultures but this Western Canada tour is extra special to the cast because it is their first tour in more than 2 1/2 years due to COVID restrictions. 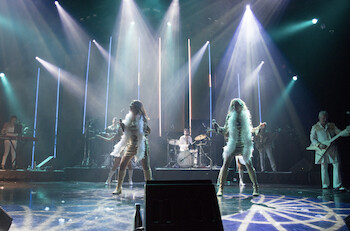 On March 12, 2020, the cast was in the middle of sound-check at the Jack Singer Concert Hall in Calgary when they were told the Alberta government had just implemented a ban on all events, effective immediately, and the show and the entire tour were cancelled on the spot.

“We traveled back to Vancouver on March 13 and thought we would have a two-week break but none of us were expecting that the government would deem our industry as non-essential and prohibit us from working our craft for more than two years, said co-producer Jonas Falle (who plays Bjorn in the show). "This has been a very difficult time for many people in our industry but we did our best to stay positive and we are so happy to be back on stage and bringing joy to people once again. It feels very fulfilling."

The sentiment of the song felt so fitting and relevant to the times humanity has been experiencing over these past 2 1/2 years. This has been a very challenging and divisive time for so many people," said Falle. "On this tour, our mission is to spread as much love, joy, hope and positivity as possible. We want to help reconnect people once again and we feel that music is one of the most powerful ways to do that. I believe that we have all learned and grown so much through this experience and I have faith that humanity will emerge stronger and more empowered than ever. This is why we called this tour 'I Still Have Faith You'."

ABRA Cadabra’s founder and co-producer Jeanette O’Keeffe (who also plays the part of Anna Frida) shares what she loves most about performing with ABRA Cadabra. 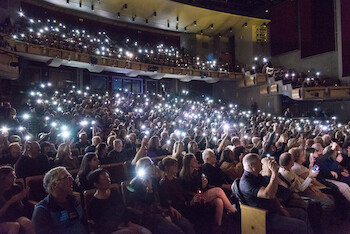 “It really warms my heart to see children, parents and grandparents all enjoying the music of ABBA together and singing along to every song," she said. "Not many musical groups can appeal to such a wide range of ages and cultures. Of course, the widespread success of the Mamma Mia musical and movies has brought the music to a younger audience and we feel this music will remain relevant for many years to come”.

When asked about some of ABRA Cadabra’s favourite past performances, Falle and O'Keeffe said some of them include shows for the Malaysian Royal Family, the prime minister of Malaysia, at the Queen Elizabeth Theatre in Vancouver (opening for Boney M), at Universal Studios in Florida (opening for Kool & The Gang), at the Esplanade Theatre in Singapore, at the Auditorio Luiz Elisondo in Monterrey, Mexico and at the PNE in Vancouver.

This interactive stage show features a live band, powerful vocals, dancers, multi-media and costumes, and will have you smiling, moving and singing along to some of your favourite ABBA hits, including "Mamma Mia," "Dancing Queen," "Take A Chance," "SOS," "Waterloo," "Fernando," "Does Your Mother Know," "Super Trouper" and ABBA’s brand new single “I Still Have Faith in You.”

Everyone is welcome at this all-ages, family friendly event. 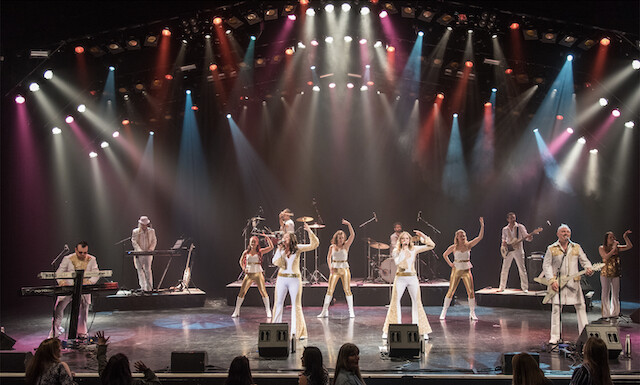 Photo:AndreasBernauer.com
ABRA Cadabra will bring the music of ABBA back to stages in Kamloops, Kelowna and Vernon next month.