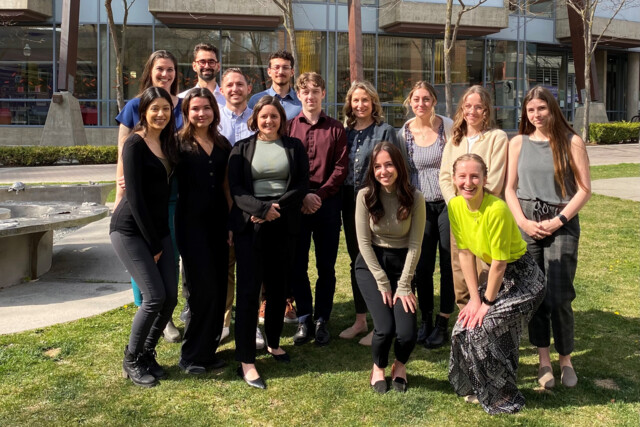 There aren’t many more unselfish decisions a person can make than being involved in clinical trials.

Aside from the group that actually creates a vaccine, device or treatment, there is no more important role than making sure they are safe.

Shirley Anne is one Interior resident who has given her time to Okanagan Clinical Trials, whose office is in downtown Kelowna. It does clinical trials for the pharmaceutical industry that cover a variety of medical concerns, from vaccine trials to disease research to device testing.

Anne knew she was doing the right thing by taking part in a respiratory syncytial virus (RSV) vaccine study.

“It was something I could do for myself and others,” Anne says. “If a successful vaccine were developed from the trial, it could save lives, including children and the elderly.”

In fact, she was talking to a friend earlier this year who mentioned symptoms from which two of her grandchildren were suffering. When Anne was told the children had RSV, it made her work with Okanagan Clinical Trials hit home.

“I had never known anyone who was identified as having it and appreciated how important the vaccine could prove to be in the future to prevent such young children suffering and possibly becoming critically ill through the illness,” Anne says.

The company has been around for nearly 30 years and has conducted more than 200 studies. Okanagan Clinical Trials is currently under the leadership of Dr. Kim Christie, who has been with the company for nearly 10 years. She has extensive knowledge of neurological diseases and specializes in Alzheimer's disease. With this experience she spearheaded a memory clinic that is offered free to the public.

The process to get involved in a trial is simple. The participant visits the OCT office on Ellis Street in downtown Kelowna and undergoes various tests to determine they are in good health. If all is well, one shot of the trial vaccine is administered.

The participant will be asked to fill out questionnaires online during their trial, and if they become ill they are required to visit the OCT office for further examination to ensure their safety.

There is a process of reimbursement for travel, which is provided during each visit to the OCT office.

Anne says the worst part of being involved in a clinical trial is the nose swab, which she says “are never terrible, either.” She is always impressed with the OCT staff’s professionalism and friendliness, and she doesn’t hesitate in recommending to others that they get involved in this critical process.

“So many are frightened of vaccines these days,” she says, “but having traveled extensively I have had many vaccines and do not hesitate to have more.”

Visit the OCT website to learn more about taking part in its clinical trials.