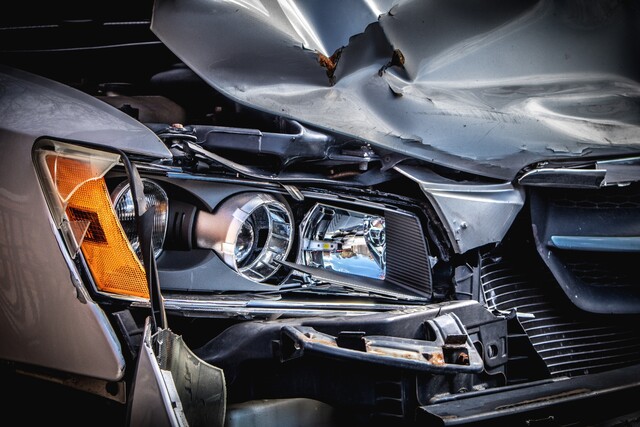 Methal Abougoush is in the business of fixing cars, but he’s a father first.

And now that his teenage daughter is behind the wheel and the snow is falling, the owner of five BOYD Autobody locations throughout the Okanagan is constantly reminding her about safe winter driving.

And he wants to remind you, too.

“Everybody needs to start out with good winter tires,” Abougoush says. “That's one of the most important things on the road today as far as safety.”

As soon as good tires are on your vehicle, the rest is up to you. Abougoush drives home three main points to his daughter before she hits the road.

“I tell her, first and foremost, that the posted speed limit is for ideal conditions,” he says. “So when the roads are not ideal, you need to slow down.”

His next piece of advice is to leave extra room between you and the car in front of you, since the distance required to stop is longer on ice or snow than on dry pavement.

Finally, Abougoush wants all drivers to not make any sudden moves. Don’t jam on the brakes or change lanes quickly, because it will take other vehicles more time to react to your move in slick conditions.

It also doesn’t hurt to ensure your windows and your headlights are clean. Because as much as BOYD Autobody is a leader in fixing cars, you don’t really want to have to make them prove it.

“We consider ourselves somewhat like the dentist,” Abougoush says. “You don’t look forward to going, but we’re there when you need us.”

Abougoush’s winter driving advice is extra notable this year because he says he has seen an unusual amount of animal-related damage in his shop this fall. A couple recently had a serious collision with a moose and lived to tell about it. The four-legged monster did not, and the car might not be repairable.

“I don't know if it’s because of how it warmed up for a little while at the end of November, but there’s a risk driving at night,” Abougoush says. “Watching for animals is huge, especially when you’re in rural areas that don't have streetlights. They seem to definitely stick around those farmland areas.”

BOYD Autobody fills up most of its day with scheduled appointments but leaves a few spots open for those vehicles that end up playing bumper cars unexpectedly. The auto parts supply chain has slowed slightly due to the recent flooding in the province, but maybe by only one or two days.

BOYD has locations in Kelowna, West Kelowna, Penticton and Merritt, so if your vehicle gets dinged, you won’t have to take it far to get repaired.

Abougoush, however, hopes he doesn’t see you anytime soon.