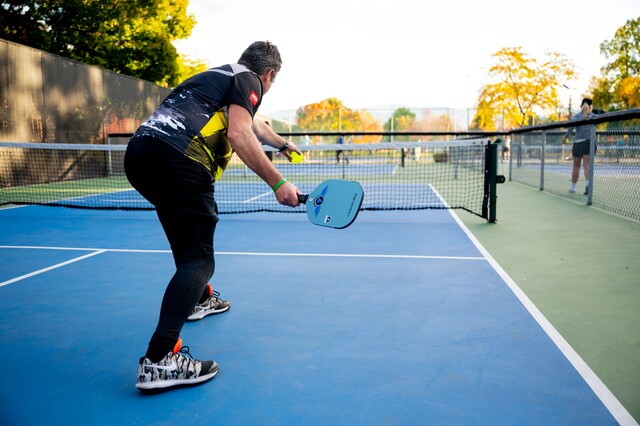 About a decade ago, Bryan Banerd would tell anyone who would listen that pickleball was going to be the “next big thing.”

One of the many people who had to listen to his nonstop proclamations about the sport he loved was his daughter, Cara Arding.

“We weren’t as convinced this game with a strange name would ever become popular in Canada—much less on a global scale,” Arding says. “Boy, were we ever wrong.”

Not only does Arding now admit that her dad aced his prediction, but she now owns one of the largest pickleball businesses in the nation. Pickleball Depot, which has locations in Vernon and in Kelowna, is Canada’s largest retailer of pickleball equipment. Her dad started the business in 2012. Arding took over in 2014 and has been the owner-operator ever since.

She definitely didn’t see that coming. 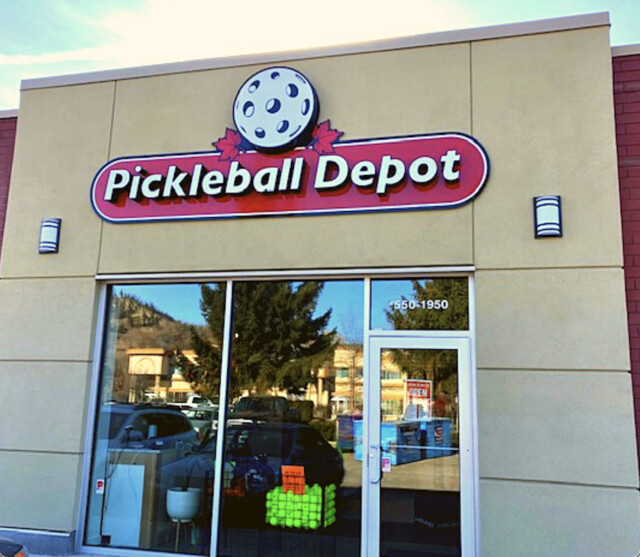 And the sport continues to grow, which means her business is doing the same. Pickleball Depot’s original retail location is at 1-4211 25A Ave. in Vernon, and it recently opened a second shop in Kelowna. It is located at 550-1950 Harvey Ave., which is behind London Drugs and right next to Starbucks.

In case you are unaware, pickleball is a sport similar to tennis that is played on an area the size of a badminton court. It features paddles that are bigger than its table tennis counterparts but smaller than tennis rackets. The ball is light and has holes in it.

And Pickleball Depot, naturally, sells everything you would ever need to play the burgeoning sport, including paddles, balls, nets, court shoes and accessories; its shoe inventory is the largest in the Okanagan. Despite starting out as a primarily online business, its retail outlets are getting busier every day as the sport continues to grow exponentially.

That’s no surprise considering the amount of pickleball that has and is being played in the Okanagan. Vernon recently opened the largest dedicated pickleball facility in Canada, while Kelowna hosted the Canadian championships four years in a row last decade.

The more the business grows, the more entrenched it has become in the community as well.

“We are big supporters of youth and seniors groups, donating thousands of paddles to various organizations over the years,” Arding says.

Those thinking about getting into the sport—or those who are already in it and need an equipment or footwear upgrade—will want to circle this weekend on their calendars, as Pickleball Depot will be slashing prices—just like a backhand down the line—during its Black Friday Cyber Monday paddle sale. The more paddles you buy, the more money you save.

Check out Pickleball Depot on its website, or visit its Vernon or Kelowna locations.