Bad Tattoo has beer for you every December day before Christmas

Everybody gets excited for Christmas, and they say time flies when you’re having fun.

So if you want to have some fun in order to speed up the time it takes for Christmas to arrive, all you have to do is get your hands on a beer advent calendar from Bad Tattoo Brewing Company.

Because opening up your calendar every day and cracking open a brand new tallboy from Bad Tattoo is just what Santa would want you to do.

“This is our second year doing it,” Bad Tattoo Kelowna operations manager Ryan Gurney says. “So it's definitely going to become an annual thing for us, as it grows in popularity. And yeah, the way it works is you get a different beer for every day of the week leading up to Christmas. 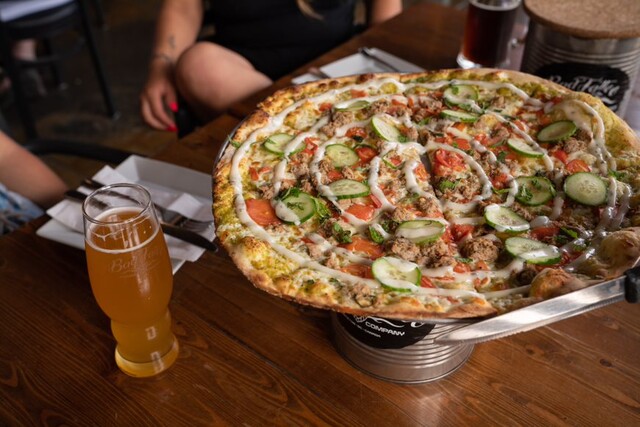 “And then on the 25th, there’s a little Christmas present inside, which is not a beer. It’s something else.”

The calendar was so popular last year that Bad Tattoo has quadrupled the inventory this year. Despite that, Gurney expects them all to be gone by the time the calendar turns to December and the beer starts flowing.

“Get them while you can,” Gurney says.

“My father in-law got one last year. He’s getting one this year. And he just thought it was amazing to have a different beer every day. It’s a nice little treat for most of December.”

Bad Tattoo is in a seasonal transition when it comes to the beer it is producing, so there will be both summer and fall beverages in the advent calendar. It does not produce 24 unique beers, though, so there will be a couple of repeats. The calendar will feature a blend of craft beer styles, including crowd favourites and some you likely haven’t tried yet.

Bad Tattoo’s beer advent calendar, which goes for $109 plus tax, can be purchased at the Kelowna and Penticton locations, which are also perfect places to sit down and enjoy a delicious meal. Beer club members can purchase their advent calendars online here.

More information about the Bad Tattoo Brewing Company can be found here.