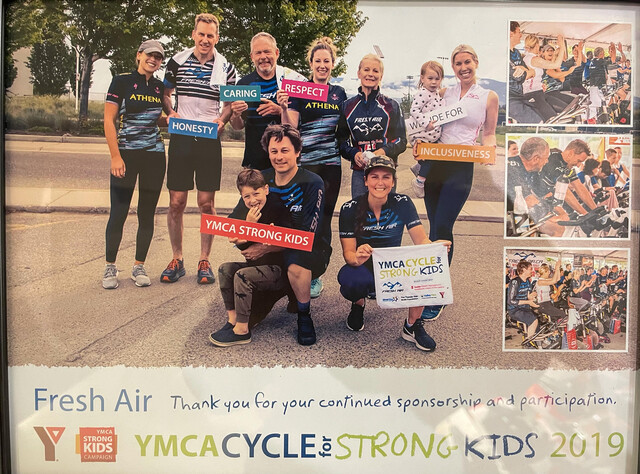 Photo: Contributed
The Fresh Air team at the 2019 YMCA Cycle For Strong Kids event, which Fresh Air has been supporting for over a decade. The ride helps provide financial assistance for families in need so they can access YMCA facilities and keep strong, active and healthy.

Forty years ago, Jim and Karen Bates started Fresh Air Kelowna with one goal in mind: to create a sports store that did so much more than sell gear. They needed to be a meaningful community partner with a social conscience. Now, four decades later, the family business is celebrating its 40th anniversary and couldn’t be prouder of what it’s accomplished.

Fresh Air Kelowna first opened its doors in May 1981, but in order to maintain safety during the pandemic, current co-owners Ryan and Amie Olar and Marty Tymm delayed the celebrations to Sept. 7, 2021. Now they're kicking off the 40th anniversary with celebratory sales all month long:
• 30% off of previous season’s alpine skis
• 30% off of previous season's snowboards, boots and bindings
• 25% up to 70% off of assorted alpine skis, snowboards, winter outerwear, and accessories like helmets, goggles, and gloves
• 40% savings on wetsuits
• 50% off swimwear
• 25% up to 50% off of bike gloves, helmets, and clothing
• up to $1,100 off of select e-bike models

Local athletes can expect more exciting surprises to come from Fresh Air and their partners to mark the occasion. 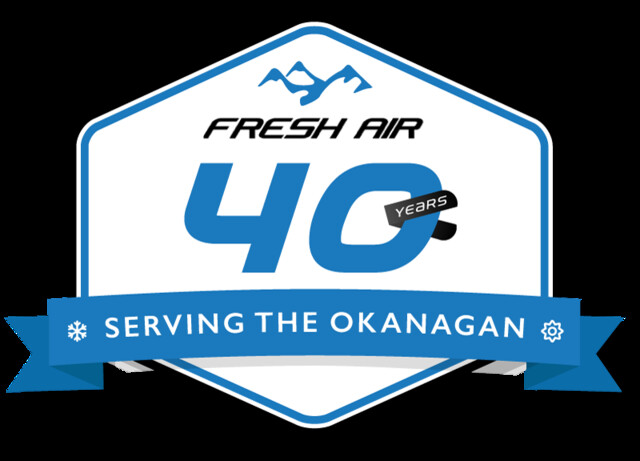 “We’re so proud and excited to be able to celebrate,” Ryan Olar says. “Going back to the start of the pandemic, that gave us a chance to reflect on our business. We took the family-first approach.” The team altered work schedules to be able to provide their staff with more freedom to enjoy all that the Okanagan has to offer and now close on holidays and offer four-day workweeks. The shop even sponsored one of its team members to cycle across Canada.

“When you respect the staff and treat them like family they want to come to work,” he says. “The team gets stronger every year.”

That family-first philosophy is at the core of what Fresh Air has been doing since the beginning. “We’ve created such a positive, fun environment that I love coming to work every day. That’s what makes me smile,” Amie Olar says. “We have a great team, it’s a big extended family.”

Amie, along with her husband, Ryan, and Marty Tymm purchased the business from founders Jim and Karen Bates in 2019 after over a decade of working as employees—keeping Fresh Air a family business.

The succession was not by chance. Jim and Karen wanted to keep Fresh Air in the family and in the community. When he and Karen opened the sports store in 1981 they wanted to create a business with an added purpose that goes beyond selling sports equipment. “We’re not just a retail store,” Jim explains. “We’re really proud. We’ve made a sincere contribution to the community.”

Over the last 40 years, Fresh Air has helped to uplift Kelowna residents by founding races, clubs, and fundraisers, like the YMCA Okanagan Strong Kids program that raises tens of thousands of dollars each year to give vulnerable children access to sports programs. Other initiatives include co-founding the Kelowna Running Club, co-founding the Kelowna Apple Triathlon and founding the Fresh Air Experience Women's 5 and 10K that has raised more than $100,000 for community charities. 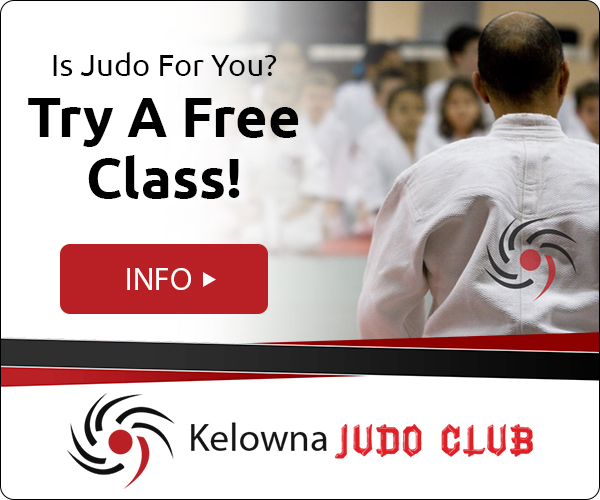