Don't be afraid of getting older 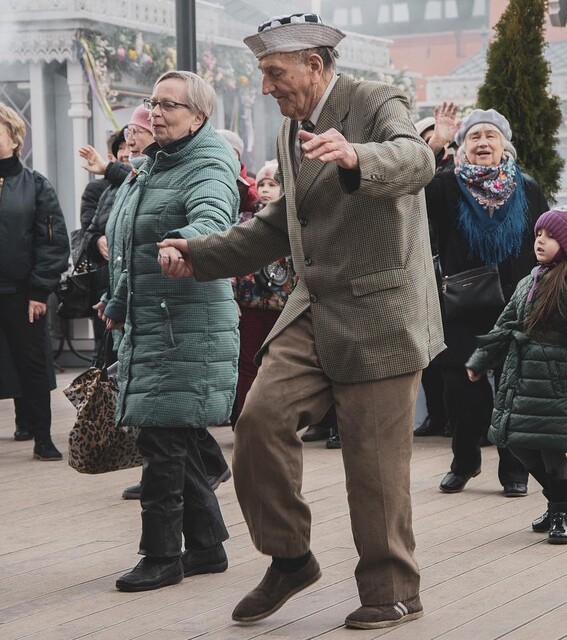 Recently, I went to a local charity store to indulge in one of my favourite pastimes, thrifting.

Not only did I find some treasures, but when I was standing in line to pay, I discovered it was Seniors’ Day. Bonus!

I smiled at the lady manning the till, and said I was a senior. I then went on to say I enjoyed getting a discount, but I didn’t like admitting I was old enough to take advantage of it. She responded by asking me why. After a short pause, I realized I didn’t really have an answer. I just knew I didn’t like it.

This uneasy relationship with aging isn’t unique to me. I know I’m in good company.

The apprehension, and oft times dread we feel towards getting older, isn’t helped by the cultural stereotypes and prejudices we’re exposed to through advertising and online messaging. It’s as if losing your independence and experiencing a severe decline in mental and physical abilities is a forgone conclusion. Rather than enjoying the blessings that come with age, we’re offered ways to cling to our youth.

Getting older doesn’t have to be something that fills you with trepidation. Yes, your body may not respond as it once did and you may have to think a little harder to come up with the words you’re searching for, but that doesn’t mean your enjoyment of life is on a downhill slant.

A comprehensive study of more than 1,000 individuals showed that in the midst of physical or cognitive decline, participants reported feeling happier as they aged. Many people find a sense of peace, acceptance, and satisfaction in their senior years that can be hard to capture when they’re younger.

So, what should you do if you have a discomfort, or fear, of growing older?

The first, and probably most important, step is to change your mindset. Studies done by the Yale Center for Research on Aging, show positive messages about getting older improve both self-image and physical functions. Start actively looking for information that disproves those negative stereotypes.

I’m not suggesting that maturing comes without challenges and change, but pain, loss and mental decline aren’t reserved for seniors. Those things can happen at any stage of life.

A wonderful example of living a happy and full life into her senior years was the late Queen Elizabeth II. Only a few days before she passed, she was fulfilling an official duty by meeting the newly elected leader of the Conservative Party in the U.K.

The queen was noticeably more frail, but at 96, she was still talking enthusiastically about her horses and hosting dinners and shooting parties for family and close friends. She was reported to have been in good spirits and even “perky,” right until the very end of her life.

Getting older doesn’t have to be viewed with alarm.

• Live each day to its fullest.

• Continue learning and being interested in what’s going on around you.

• Stay connected to your community.

• Notice and show gratitude for the little things.

• Seek out positive examples of aging.

Happiness and age are linked, but not in the way most people expect. With the right mindset not only will you be getting older, you will also be getting happier.

And that’s a pretty amazing thing.