Live long and be healthy

Secrets to a long life 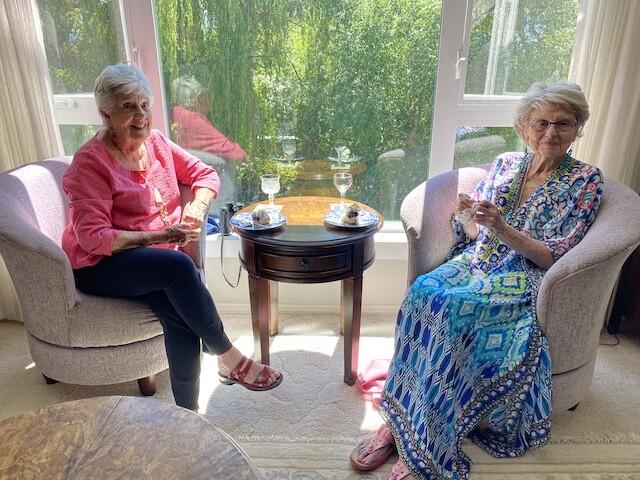 What do you think of when you read the following headline? “The Power of Love: Why a 96-year-old man sold his Ontario house and moved to rural Newfoundland."

If you’re like me, you probably jumped to the conclusion this man met a new love in the latter stages of his life. But when I clicked on the link, I discovered that wasn’t the case.

Having lost his wife of more than 70 years, Charles Comrie decided to move to a place that reminded him of her. They’d fallen in love with Newfoundland and Labrador and visited many times. He decided the upheaval of relocating was worth it because it would help him deal with his loss.

This story is amazing on many levels. Moving is a challenge at any time but deciding to set out on a new adventure at such an advanced stage of life is more than slightly unusual. Comrie has no family living there. It was a total leap of faith.

Perhaps this story caught my attention because my parents were both in their 90s when they passed last year. I think that made me more conscious of people in this age group and the ways they approach life.

I had a great chance to do some nonagenarian watching when I was invited for lunch by the mom of a friend. Marge Church also invited her sister-in-law, Shirley Knaut. It was hard to believe Church will be 95 in a few months, while Knaut is preparing to turn 97 in a couple of weeks.

These ladies showed me what life can be like when you’re well into your 90s. They kept the laughter flowing with their sharp wit, amazing humour and ready smiles, not to mention their great dress sense.

It wasn’t that long ago that living into your 90s or reaching your centennial birthday was a rare occurrence. But people are living longer these days. The 2021 census showed a record high number of Canadians were 100 or older.

The figure has increased to 9545 in 2021 from 1,065 in 1971, with women accounting for almost 81% of the centenarians in the most recent census. That surge isn’t just because the population of Canada has grown.

So, what’s the secret to longevity?

Of course, genetic makeup has a significant part to play. So does earlier medical intervention, improved drug therapies and vaccinations. But research shows there are lifestyle factors that also affect your longevity.

According to findings from a longitudinal study called 90+, there are specific factors that contribute to longevity.

• Eat well and exercise regularly—Making healthy choices can go a long way to keeping your body going for longer. Exercising for at least 15 minutes a day will improve your physical wellbeing, but 45 minutes of daily activity is what it takes to increase your lifespan. It doesn’t have to be high intensity. Walking and yard work count.

• Avoid smoking—We’ve known for a long time that this is one of the worst habits you can have when it comes to healthy living. If you choose to do it, be aware that it’s likely to affect the number of years you live.

• Don’t be afraid of carrying a little extra weight—I’m not talking about obesity. That’s a condition that comes with health risks of its own. But research indicates it’s better to be a little overweight than a little underweight if you’re over 50.

• Everything in moderation—A little bit of almost anything won’t hurt you. Some centenarians attribute their long lives to eating a square or two of chocolate every day or having dessert regularly. As long as you don’t consume anything in excess, you’re unlikely to cause your body harm.

• Drink coffee (with no, or only a small amount of sugar)—Sugar should be limited in your diet but drinking between one and three cups of coffee every day, predicts a longer life.

• Drink alcohol—Drinking up to two alcoholic drinks a day also predicts a longer life. That doesn’t mean you should save up your allocation and have fourteen drinks on the weekend. This is about moderation not binging. Scientists aren’t sure whether alcohol in itself benefits you, or whether it’s the fact that people often drink in social situations.

• Socialize—Seniors who socialize for at least an hour a day, live longer. So, maintain your existing friendships, and invite new people into your circle. Join clubs and get involved in regular activities.

• Have romance—Intimacy is also an indicator of living longer. Consider looking for a new partner if you find yourself on your own. Romance is good for you at any age.

• Be a life-long learner—Make a commitment to staying curious and being brave enough to try new things. Taking up a new hobby or trying a new activity will help keep the rust off your brain.

Although the focus of this column is longevity, this advice is applicable to anyone who wants to boost their levels of wellbeing and, I suspect, that’s most people.

After all, what more could you want than to be happy?