Research shows hugging really is good for us 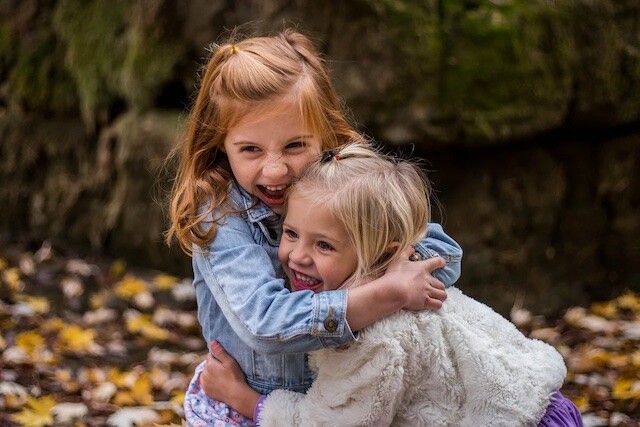 Over the past two years, I’ve experienced a drastic reduction in the number of hugs I receive.

With both my children living in the U.K., COVID protocols telling us to stay distanced and the loss of both my parents, hugs have become a relative scarcity for me.

It turns out I’m not the only one thinking about hugging. The psychology research community has been busy examining the effects of embracing. The findings are especially relevant in today’s pandemic world.

A recent study conducted in Germany looked at the relationship between hugs and stress.

If you’re like me and you don’t have the opportunity for hugs anytime you feel the need for one, don’t be discouraged. These scientists were also interested in whether hugging yourself was beneficial.

Data was collected from saliva samples, heart monitors and self-evaluation forms. When you’re stressed, your heart rate rises and your body secretes more of the stress hormone, cortisol.

Once initial readings were recorded, the participants were deliberately stressed. In this study they used fake job interviews to do this.

Then, depending on the group they were assigned to, the 159 volunteers were either hugged for twenty seconds by a research assistant, hugged themselves for twenty seconds, or didn’t have a hug of any kind. They were then asked to build a paper airplane.

The results were clear. The participants in the hugging and self-hugging groups showed lower levels of cortisol, indicating their stress level was less than those people in the control group.

The length of a hug makes a difference

A study out of the UK examined whether the length of a hug made a difference to mood. Forty-five women were hugged by a member of the research team for one, five or ten seconds. The results showed the optimal hug should be at least five seconds long.

I can attest to this finding from my own personal experience. I have a friend who gives me long, strong hugs whenever I see her. It isn’t just me, that’s her hugging style. I miss those hugs and can’t wait for her to get back from Mexico.

A Canadian team focused their research on the positive effects of hugging older adults. Data from the Canadian Community Health Survey was analyzed for more than 20,000 seniors aged 65-plus.

Those people who had hugs available to them some, most, or all of the time, rated themselves as healthier than those seniors who said they never had the opportunity to be hugged. This was the case even when factors like income, chronic illness, and marital status were considered.

You may have grown up in a family where hugging was either uncommon or non-existent. That doesn’t mean you can’t change that pattern.

• Consciously look for opportunities to hug others.

• Be mindful of social distancing and the hugging comfort level of other people.

• Remember that hugging yourself provides benefits, too.

• Get into the habit of hugging for at least five seconds.

It’s amazing how a simple gesture can make such a big difference in your life. And, if you’re hugging others, you’re making the world a better place in the process.