Coincidence can be interpreted in different ways 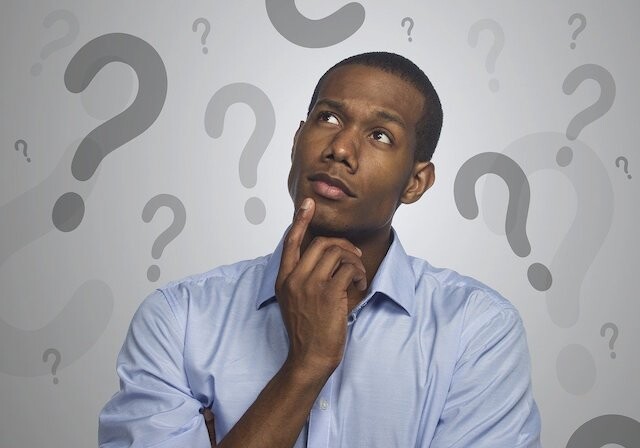 Last night, a close friend told me she had been introduced to someone and had a phone date with him in a few hours. She casually mentioned his name was Matt.

My ears perked up and I laughed.

I’m currently writing my first novel. One of my main characters is a man named Matt. That might not seem strange in itself, but the man my friend recently split up with shares his name (including the spelling) with the other major male character in my novel, Geoff.

What are the chances? I named my characters without knowing either of these connections existed.

This is a great example of a coincidence—a situation in which events happen at the same time in a way that is not planned or expected.

I experience things that I term as coincidental, regularly.

Even meeting the man I married, was somewhat accidental. If I hadn’t agreed to go to a party that I didn’t want to go to, it’s unlikely our paths would ever have crossed. We lived in very different parts of England and only had a very tenuous friendship link.

When I lived in England, I struck up a conversation with a lady in a fitness club. She had a pen pal in Fernie, who turned out to be someone I lived with in residence at the University of Victoria.

What are the chances that the one person she knew in Canada was someone I went to university with?

The possibility of this happening may seem remote, but apparently that isn’t so. Statistically, the chance of coincidental events occurring, is much greater than you might expect.

Whether you think it’s fate or unlinked random events, depends on how you interpret the world.

I can conclude that I was meant to go to that party, so I could meet the person I was destined to create babies with. Or I can believe it was a fortunate, or maybe even unfortunate, chance occurrence. Most scientists would choose the latter explanation. They see the universe as random.

For the most part, your brain isn’t satisfied with pointless randomness. Humans are a meaning-seeking species. We are continually looking for patterns in the haphazard world around us. Once we identify one, we try to give it meaning. One of our favourite ways to do this is to develop a story around it.

Not everybody believes the universe is random and contains no ulterior motive. At the polar opposite end of randomness, lies a belief in God, or some other, greater being or force. This is where the idea that everything happens for a reason, lives.

Of course, when you have two extremes, there is always middle ground. This space contains what is often referred to as “suspicious coincidence.” The people who reside here aren’t sure they believe there is a purpose for the coincidental events, but they can’t dismiss them as random, either.

Although science can prove the universe is random, it can’t prove divine intervention, or fate, is a hoax. Because randomness is true, that doesn’t mean a greater power can’t exist too.

This mid-zone is an appealing place for many people. The unknown holds a sense of mystery that has a seductive quality to it.

This is an interesting topic in itself, but there’s another reason I chose to write about it. Experiencing coincidence can encourage personal shifts. You only notice these strangely linked events if you’re aware of yourself and your environment.

Research shows that people who are self-aware, tend to notice coincidences more regularly. Think of it as a fun way to improve your level of mindfulness.

Just like you have to suspend belief to enjoy books and movies, do the same for these seemingly random yet linked events. It doesn’t matter if you classify it as chance or assign it deeper meaning.

I can say the name of my friend’s latest date is a sign that she’s meant to be with him, or I can dismiss it as merely the result of a random world. It makes no difference. The most important thing was that I noticed it.

Try randomly venturing into the realm of wonder, surprise, and mystery with an open mind and playful attitude. Be willing to consciously notice the patterns your brain is seeking. Whether you choose to believe they are random, or acts of fate, is totally up to you.

Awareness is vital if you want to change yourself or your life. Looking for coincidences, is a good way to build your awareness muscle.