Easy to use social media as a platform to criticize 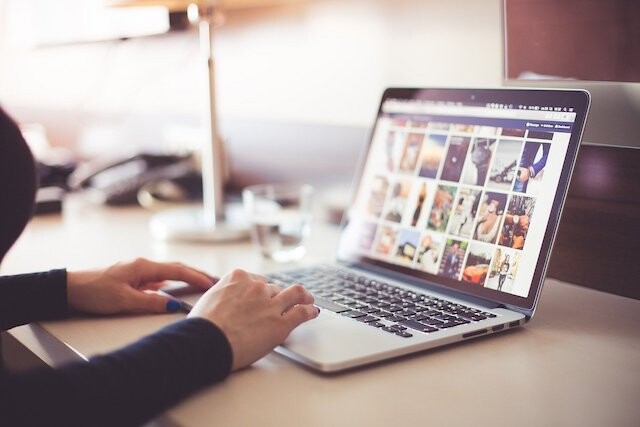 I have a love/hate relationship with social media.

It has the ability to bring out the best and the worst in people. I love that it allows me to stay connected to friends and family I don’t see often. The photos they post give me an idea of what’s happening in their world.

On the less positive side, it’s easy to become judgmental of people you don’t even know. Unlike verbal communication, where you can hear the speaker’s tone and possibly see their facial expressions, the written word is filled with opportunities for misunderstanding.

During a quick ten-minute scroll through my Facebook feed on Monday, a post from Jillian Harris caught my attention. She’s an influencer who’s been on reality T.V. and co-hosts Love It or List It Vancouver.

For her daughter’s second birthday, Harris decorated her bed with biodegradable balloons. Rather than keep them until they deflated, she decided to auction them to the highest bidder and give the proceeds to Mamas for Mamas.

This is a national charitable organization that supports mothers and caregivers in crisis. It provides ongoing support to individuals and families facing various poverty-related struggles.

Harris is an ambassador for the charity and has given it a tremendous amount of support.

I wouldn’t normally read through the comments, but for some reason I did. More than a few of them were damning and very harshly worded.

• Giving the money to Mamas for Mamas instead of to breast cancer (charity) as it’s Breast Cancer Awareness month.
• Wasting so much money on a celebration for a two-year old who may not even remember it.
• Using balloons.

It’s a very human reaction to think that everyone should know what you know, and that the best people will come to the same conclusions you do.

If you aren’t careful and conscious about it, you can easily slide into a place of unkindness and judgment. Social media provides a platform to do this where you can remain relatively anonymous.

As we enjoy a long weekend of thankfulness, let’s also add a liberal touch of kindness to the mix.

When you read something that triggers you, pause before you respond. If you still feel moved to comment, remember to:

• Phrase your thoughts politely. You catch more flies with honey than vinegar.

•.Ask yourself whether the writer was deliberately trying to cause a problem or is just uniformed. If you aren’t sure, give them the benefit of the doubt.

• Consider other viewpoints. Just because you’d have given the money to a breast cancer charity, or used it in a way you felt was more deserving, does that make Harris’ choice wrong?
Present your viewpoint in a kindly manner and then back away. Your job isn’t to make them change their mind, it’s to provide another perspective for them to think about.
Remember that other people also read the comments. Think about reaching a larger audience with your words, not just the creator of the post.

The majority of the negative comments centred around Harris’ decision to use balloons. If a balloon escapes or is released outside, it becomes a hazard to wildlife, which may decide its a new type of food. Eating deflated balloons can be harmful and even fatal. The strings or ribbons tied to them are also a potential problem. They can easily entangle wildlife, causing strangulation or injury to their limbs.

I’ve never been a big purchaser of balloons, but it was good for me to have a reminder about the dangers they create.

Harris was clear that she’d purchased biodegradable balloons but it turns out even these pose a threat. The material they use breaks down more quickly but that can still take six months to happen.

You may think Harris should have known this but she wouldn’t be the first person to assume something and not look into it more closely. She may have heard biodegradable and thought that made them safe.

Can you honestly say you’ve never jumped to a conclusion that turned out to be wrong?

Being kinder when we respond to something that triggers us is just one way each of us can infuse a little more harmony into the world.

I would have loved to see someone share alternatives to balloons instead of repeatedly criticizing Harris for her choice. Suggestions are always better than pointing out a problem, especially when that’s already been done.

With that thought in mind, I’d like to provide you with a list of alternative items to consider the next time you want to create a visual spectacle.

Instead of balloons try: