Remembering the past helps frame the future 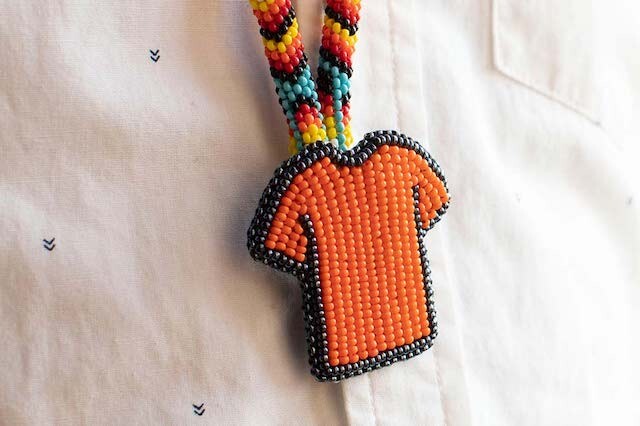 He was in the air division with the RCMP and was stationed in Churchill, Man. This meant he had firsthand contact with the Indigenous people of the North.

The remoteness of these small communities didn’t spare the inhabitants from having their children put in residential schools.

I’m not sure my parents ever stopped to think what it must have been like for these families. I’m sure they assumed this system was in the best interest of the country and its citizens. I’m also pretty sure some people closed their eyes to the situation, since their own children were tucked up in their beds, near to hand.

My dad told us the story of being asked to return two children to their families in the Arctic.

It had been many years since they’d been home, but they were finally old enough to leave the residential school. Dad landed at the family settlement. As they exited the plane, he saw the look of terror on the two young faces.

They had few memories of this way of life or of their families. They no longer spoke their native language. They’d been indoctrinated into Euro-Canadian culture.

It was obvious to my dad that these two didn’t want to stay. As he got ready to depart, they begged him to take them back. The unknown can be more terrifying, even when the familiar is severe and harsh.

He felt awful as he flew away. He knew how hard reintroducing them to their native way of life was going to be.

A few weeks later, he decided to fly back to see how the two former students were doing.

They were miserable and hungry. They couldn’t stomach the nutritious raw blubber that was a staple food. They were struggling to reassimilate into their former culture.

They begged him not to leave them there.

My dad was worried they’d starve. He agonized over what he should do. He knew that by taking them back, he’d be in danger of being severely reprimanded, and possibly even losing his job.

But he couldn’t turn away from their pleas. His conscience wouldn’t let him abandon these two, so he loaded them back into the plane.

For years I saw this as a tremendous act of bravery on the part of my father. That attitude was soured as the truth surrounding the residential school system resurfaced and demanded to be acknowledged.

I’ve spent the last few years, wondering if my dad did the right thing. Maybe these children would have adjusted in time. Didn’t their parents deserve a chance to make that happen?

I found myself judging his actions as wrong, or at the very least, misguided.

The Truth and Reconciliation movement has provided me with the opportunity to think more about my dad’s dilemma. He really was caught between a rock and a hard place.

He did what he believed was right. That’s how everyone should approach their decisions. There are few guarantees when tough choices present themselves.

Accepting this truth has allowed me to release my judgement.

I’ve also spent time thinking about the teenagers and wonder what happened to them. Did they end up in the foster system? Did they manage to create successful lives? Did they find themselves homeless?

All I know is that my heart goes out to both these residential school survivors and my father.

It was a no-win situation, created by the government’s decision to wipe out indigenous cultures.

Despite my heavy heart, I’m optimistic that by talking about the schools, the families left behind, the survivors and anyone who got caught up in the system, we can stand together to create a more accepting and loving world.