The lost art of penmanship 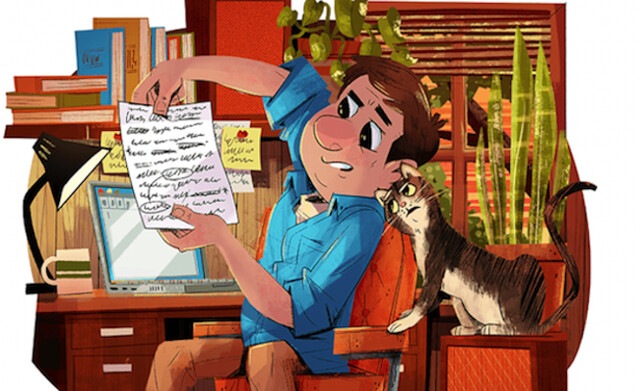 I took notes for this column and I can’t read them, which is ironic since the topic is handwriting, otherwise known as penmanship, and the lost art thereof.

Apparently, I’ve proved my own point. For instance, I can’t tell if I’ve written “small” or “smell,” and I would not want to make the mistake of saying someone’s handwriting smelled, even if the actual content stinks.

Be that as it may, I think I can decipher enough of my jottings to present a cogent discussion on the disappearing practice of putting pen to paper and writing something longer than a phone number.

One such example would be called a “letter” — i.e., words written upon a sheet of paper in a style called cursive, which involves the forming of letters, words, and sentences with one’s own hand using some form of writing implement, such as a pen, meant for another person to read easily and clearly.

Does any of that sound familiar? If you are of a “certain age” I’m sure it does.

If, however, you were formed by the digital age, you may think I’m older than stone tools. Or you would be like my 27-year-old son, who saw a handwritten missive on my desk and asked what it was. I told him it was a letter from a friend.

“Why didn’t she send an email?” he asked.

“Because she believes that communicating with her own hand creates more of a personal, meaningful connection with the recipient.”

Perplexed, my son then inquired, “Why didn’t she just use FaceTime?”

At that point I said to him, as the great musician Louis Armstrong said about the meaning of jazz, “If you have to ask, you’ll never know.”

But really — do they teach penmanship in school any more?

Do the students still sit and write The quick brown fox jumped over the lazy dog one thousand times until every oval fits precisely within the lines, every loop descends perfectly below it, and every child screams with writer’s cramp?

My research, to the extent that I can make it out, says yes and no. Penmanship is taught but not emphasized. In other words, you must know how to write your name so you can sign the contracts and loan applications that burden you with the crushing legal and financial obligations of a truly respectable member of society.

Beyond that — say, if you want to write a whole sentence or even a paragraph — well, I suppose you can pursue that as a hobby.

Before the advent of typewriters and word processors, good penmanship was, of course, essential. Without it you could get into some serious trouble.

Thomas Jefferson composed the American Declaration of Independence, but it was Timothy Matlack, a beer brewer from Pennsylvania with legendary handwriting skills, who transcribed it to the page.

Likewise, from time immemorial physicians have been notorious for their illegible handwriting, and occasionally even for their poor spelling.

This is attributed to their voluminous note-taking during medical school and their packed schedules once in practice.

Who can remember how to spell epididymitis, much less write it legibly, when there are two sore throats, one ear infection, a bruised sitz bone, a mysterious rash, and a pharmaceutical salesperson hawking a new drug for wart removal waiting to see you — all before lunch?

he one exception is prescriptions, which doctors take great care to write precisely and clearly.

No clinician wants a patient to leave the pharmacy with a bottle labelled Take two capsules three hours before ded. They are all too aware that medications are far less effective after ded than before.

If you’ve given up on handwriting, I encourage you to give it another chance.

Research says it makes you smarter, you don’t need batteries, it’s reassuringly personal in our impersonal age, and you will certainly make an impression.

Plus, you will never have to suffer the agony of a devastating technical error. Just imagine if the Declaration of Independence had been written in Microsoft Word and somebody had accidentally hit “Delete.”

John Cadley is a former advertising copywriter, freelance writer and musician living in Fayetteville, New York. Learn more at www.cadleys.com. This article appeared in the June issue of Toastmaster Magazine.