I was young, maybe eleven or twelve, when I made my first true “fashion decision.” And by fashion decision I mean that I decided one piece of clothing was better for my “image” than some other one was. Now experiencing this was no small thing. Prior to such an epiphany I simply picked out clothes based on the fun characters they displayed or how personally comfy I found them. Never once did I consider other people thoughts about my wardrobe. Why would I? I was a kid. But in this case somehow I just knew that I was choosing something others people would know was cool too. My garment? A blue velvet, pull-over shirt.

I loved that shirt. It was so soft, fit perfectly and somehow had the power to make me feel like the absolute “bomb.” It sported a right proper collar and featured a wide open neck, which to my mind was a very important part of its inherent awesomeness. Unfortunately my mother felt differently, declaring such a daring neckline “indecent” before promptly sewing on a massive faux-wood button plus velour loop to effectively close it off. Indeed, the only time it was ever buttoned was as I left the house for school, but even including that terribly unwanted add-on I knew that I was doing fashion with a capital “F.” Sadly, those days are long gone.

At the time, I never really understood that style and fashion were actually two very different things. Fashion is “of the moment,” “head-turning” and even “WTF?” It is slightly insecure even in its absurd certainty. Fashion is in your face. Style, however, lives in a much more stable world of confidence and knowledge. Fashion changes, while style is forever.

Nowhere is this timeless division laid out so perfectly than in fashion advertising. Like experimental films or drunken photos taken with your eyes closed, fashion ads are not required to hew to any accepted norm, narrative or structure. Everything is free-form, dream-like and magically bizarre. And if you wish to be taken hyper-seriously in such an ethereal world you must commit to travel ever farther (and more disparate) than even the strangest whack-job might venture.

H&M, a Swedish multinational retail-clothing company, exists in 43 countries and supports nearly 2700 stores globally. Founded in 1947 and known worldwide for its fast-fashion clothing (that is, clothing designs that move from the catwalk to the store in the fastest time possible so as to more effectively – and handsomely - profit on current fashion trends) lines for men, women, teenagers and children. So if H&M equals catwalk, then you better make sure your ads don’t have you come off like Sears or Kmart. No, you gotta up your fashion props by going full nutso. And boy, do they ever.

Lana Del Rey (current indie-music it-girl) stars (and sings!) in H&M's frighteningly odd and totally creepy fall 2012 fashion film – a film that is almost a total rip-off of David Lynch's classic film Blue Velvet. She’s even singing Blue Velvet in the commercial. Now when you think of film directors known for work that defies logic or even explanation few can top Monsieur Lynch. The man is master of movies guaranteed to make viewers go wha.....?

The spot directed by commercial whiz-bang Johan Renck starts with Lana singing the famous Blue Velvet song. And while it’s in a pretty hauntingly odd tone it still remains compellingly lovely. At least enough to keep me watching. But mere seconds in we go full-Lynchian as we start to survey the surroundings and meet her....audience? Lana (and all the women), decked out in cakey 60’s makeup and beehive hairdos are pretty freaky but that’s just the beginning. Her fellow travelers are made up of all manner of scary Marys and Mikes, meandering about or even just staring blankly at nothing. There is Sweating Bearded Man in Tuxedo, Psycho Woman with wooden umbrella, Sad Sailor Plucking, Focused Typist Working, Motionless Identical Triplets Sitting, a Hemo-eyed Hypnotist and even (dare I say it?) one well-dressed and Very Pissed-off Midget. Weird? Oh yeah. But this is fashion, so it’s not about understanding or even comprehending this mess. It’s about images, and emotions and feelings and never once trying to link them all together. This film is reportedly a fully-plotted movie, ready to watch in full length at H&M's site. And maybe it is, but I think I will be skipping it for now. I doubt I’ll sleep tonight as it is.

It’s been said that for all of David Lynch’s filmic creepiness he actually enjoyed quite a normal, happy childhood. But young David was always fascinated with what was unseen – something that crystallized for him when he discovered “that if one looks a little closer at this beautiful world, there are always red ants underneath.” He looked for chaos and confusion beneath that which appeared placid. Sounds like fashion to me.....

Anyway, to watch such an ad and comprehend where one personally fits into such a world kind of leaves me as cold as the spot really was. If fashion is truly that formless, groundless and meaningless then chasing such a thing is a fool’s errand, no? Why else would Lady Gaga have to wear a meat dress? Mainly because someone else had not before – and once done, such a thing can never be done again. That kind of existence is exhausting to even contemplate. Why sign up on purpose?

No, fashion is not for me. Style might be worth the effort but fashion is far too surreal. Still, I do think a really dandy blue velvet shirt would be pretty damn fine to own. And so long as I can keep it away from my mother I might actually go out and get one. I wonder if H&M can help? 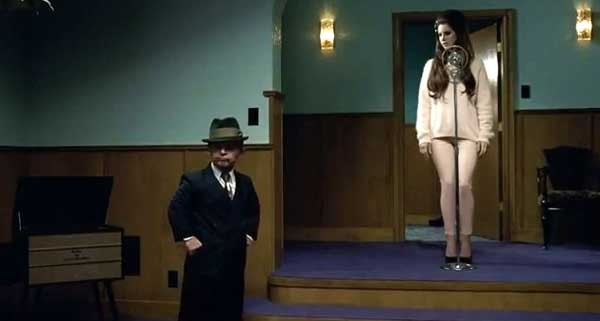