Years ago while I was running one of my first businesses my wife was amazed at my resolve to simply agree with my clients demands for a replacement product because what they purchased did not meet their expectations. 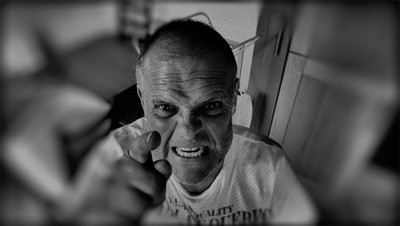 I owned a printing company at the time and the story would go something like this: A client would walk in my store, place firmly on my counter (slam) the product and start complaining that we had not done our job well enough. In response I would pick up the package, analyze it and look at the client and state simply that I agreed. When I explained that I thought that we had not done our best work either and we should reprint the order as quickly as possible, they were dumbfounded.

What I had been able to do was put them off guard. They came in to my store expecting a fight, they simply believed I would defend my position and when I didn’t they had no response lined up.

Once I had been able to get them drop their guard, I could start to think through a plan rationally. In some instances, the error may not have been completely my office's fault and so I could discuss a potential solution without attempting to shout louder than them.

How many times have you been in a position where you have been challenged to “scrap” with a colleague, boss or client and responded?

I have seen so many leaders and potential leaders lose credibility because in public they lost control of their personality.

Anger, like fear is an unproductive feeling and one which we are totally in control of. If we let ourselves get angry we move into a domain of being unproductive, uncreative, combative and unprofessional.

The greatest leaders I have had the privilege of meeting have been calm, level headed and solution oriented.

Did that mean they are a “push over” in a meeting? Absolutely not. There is a difference between calm and weak. Acknowledging that when we let anger take over we are unproductive and uncreative is key. These calm leaders were also extremely in control and were "firm" in their decision making - you knew they were serious!

If you can learn to control your personality, far more decisions are going to move in your favoured direction than if you lose control!

For the past twenty years Mark has been involved in real estate development and consulting and is currently a REALTOR with Sage Executive Group in Kelowna.

His column, brings a unique perspective on what may be important to us in the future as we come to grips with fast paced change in a world that few people barely recognize.

His influences come from the various travels he undertakes as an Adventurer, Philanthropist and Keynote Speaker. More information can be found on Mark at his website www.markjenningsbates.com