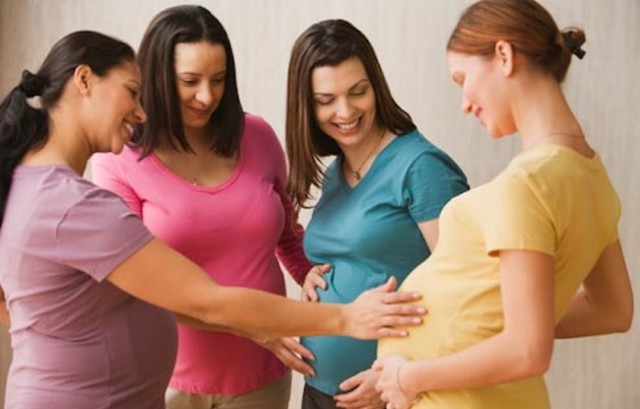 Risks, benefits of SSRIs during pregnancy

Pregnancy and childbirth can be a special time for women and families. Excitement and anticipation mount as parents-to-be await the arrival of their new baby.

For many, this is a wonderful time thinking ahead and imagining the personality and cuteness about to join the family.

Of course, along with all the excitement also comes a dose of worry – and this can be heightened for women experiencing depression, anxiety or other health issues during pregnancy.

Whether or not to continue taking prescribed medication is an important thing to consider when preparing for baby.

Finnish, American and Swedish researchers conducted a large study comparing pregnancy outcomes for women who had depression or anxiety and continued taking SSRI (Selective serotonin reuptake inhibitors) medication with those who had the condition but did not take medication.

A third group in the study had no psychiatric conditions and no medication use.

Researchers examined maternal outcomes including blood pressure/preeclampsia, whether delivery was vaginal or cesarean section and presence of bleeding during or after delivery.

In babies, they noted whether infants were late preterm (32-36 weeks), very preterm (fewer than 32 weeks), small for gestational age, or had neonatal problems including low Apgar score (a measure of the physical condition of a newborn infant), breathing problems, monitoring in neonatal intensive care unit and hospital stay at seven days of age.

Babies in the SSRI group did have a higher risk of some neonatal complications including low Apgar score and increased chance of needing monitoring in a neonatal intensive care unit.

Study authors noted that some risks seem to be associated with the illnesses themselves.

Lower Apgar scores can be associated with withdrawal from SSRIs in newborns. These symptoms may require monitoring for up to a week.

Women planning to become pregnant should speak with their physician about possible risks and benefits to any medical treatment during pregnancy.

When it comes to the question of whether to continue psychiatric medication, risks of treatment should be understood and weighed against the possible risks involved in leaving a mental health condition untreated.

In all cases, the health of mother and baby should be closely monitored by a health care professional.