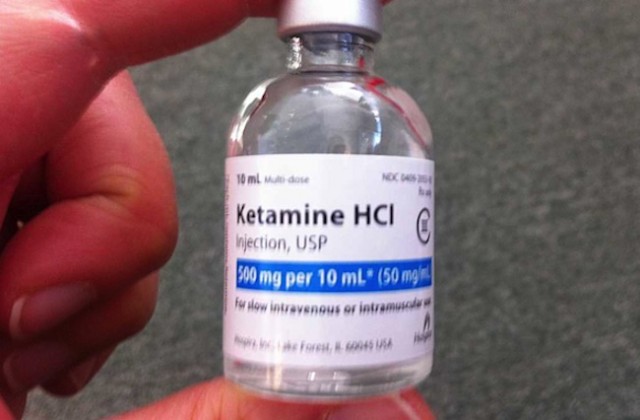 If you’ve heard of the drug ketamine, it has likely been in the context of its use as an anesthetic or pain reliever.

You may also have heard of its illicit use as a street drug.

Interestingly, this medication, which was first developed in 1962, has recently received some attention for its potential use in the treatment of depression.

There has been some excitement about ketamine and other drugs like it as a possible alternative in cases of treatment-resistant depression.

Much more research is still needed, but studies show ketamine clearly has some anti-depressant effect.

Ketamine works differently than other antidepressant medications. It is typically given in a single intravenous dose and works by blocking NMDA receptors.

Unlike existing antidepressants it seems to have a rapid effect, providing symptom relief within 24 hours compared with several weeks for conventional medications.

A meta-analysis (published in the American Journal of Psychiatry in 2015) of studies examining ketamine use for depression gives mixed results.

It confirmed the rapid therapeutic effect, but also showed its positive effects are short-lived and it is somewhat problematic because of a potential for abuse and neurotoxicity.

Although ketamine provides a powerful and quick effect, results of seven studies show its benefit seems to wane after about a week.

Additional studies looking at ketamine used in conjunction with ECT found that it seemed to augment the anti-depressant effect of ECT at the start of the treatment, but not at the end of the treatment course.

Much more information is needed before we can confidently pronounce ketamine as a useful tool in the battle against depression. We have virtually no data on the use of ketamine on an ongoing basis, there are some real concerns about its safety, and we don’t know enough about exactly how it works.

Perhaps with more study and development, ketamine or other NMDA antagonists can be honed and may provide an additional option for people experiencing depression.

In the meantime, if you or a loved on are depressed, speak to your doctor. We do have effective medications and therapy that are proven to help many people.