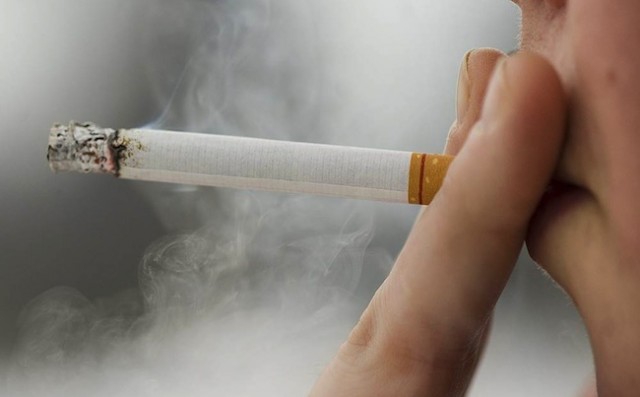 Rates of smoking are much higher for those with mental illness than in the general population.

Along with increased rates of smoking, those with mental illness also tend to smoke more heavily than others (with intake increasing along with the severity of their mental illness) and have a harder time quitting.

All of this contributes to a reduced life expectancy in this group. Some estimates suggest people with severe mental illness die about 25 years earlier than the general population.

Contrary to assumptions, the increased mortality in this group is not directly caused by mental illness, but is largely due to smoking – 60 per cent of these deaths are due to smoking related illnesses such as cardiovascular or respiratory disease.

Unfortunately, those with mental illness are often not offered help with smoking cessation when they visit a health care provider.

Quitting can be difficult for those with mental illness. These smokers tend to have higher nicotine dependence, heavier smoking and chronic stress.

Other barriers might include a lack of supports, cognitive impairment or difficulty coping. Still, quitting is possible and is more likely to be successful with support from health care providers.

For those with bipolar disorder, I usually recommend nicotine replacement therapy as an initial strategy to avoid abrupt nicotine withdrawal.

Also, the use of Zyban (bupropion) for smoking cessation can be problematic in people with bipolar disorder as can the use of all antidepressants.

It can trigger mood switches, mania and mixed states.

Even though there are some risks in smoking cessation with bipolar disorder and with other disorders, it is still worthwhile to attempt to quit considering the health consequences of doing nothing.

If possible the time to try is during periods of relative stability and with supervision so that support and medication adjustments can be implemented as necessary.

The vastly increased mortality rate for those with serious psychiatric conditions should not simply be accepted.

If up to 60 per cent of these premature deaths and many health complications could be prevented with supported smoking cessation, it should be one of the primary goals of health care providers treating this population